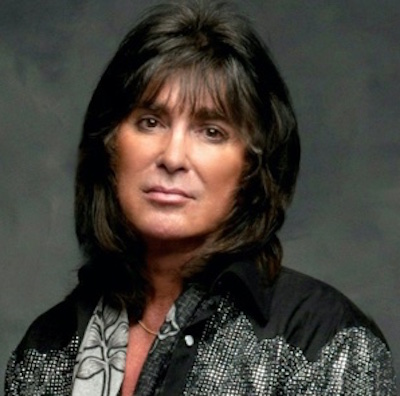 Alternative Nation: Is it true that you were asked to join New York Dolls, Aerosmith, and Kiss at various points?

Alternative Nation: What can fans expect at your upcoming shows?

Pinky Meadows: We did BB Kings last year – last June – and it was sold out. That was our very first show we’d done together. It was fun and exciting but also nerve-racking, because we’d never played in front of anybody. It came off really well. This next show is going to be even better, because we’re well-rehearsed now, and we’re going to be touring out west. We’re going to be playing in Las Vegas, San Diego, and also the Whisky in LA. And we’re doing BB Kings, and Poughkeepsie, New York, too. We’re going to kick ass. We do stuff from Fallen Angel and a bunch of classic Angel songs, too. We’ve got two female background singers too, that are really great. That’s what’s fun about doing a solo thing – you do what you want to do. I love vocals, and on my Fallen Angel record, there are a lot of vocals on that record. I mean, I love the Eagles – great vocals. On Fallen Angel, I wanted to have a lot of vocals, so there are a lot of background vocals. It’s going to be a fun show, a good party, a good time.

To view Meadow’s tour dates, and to watch a video for Straight Shooter,please go here.