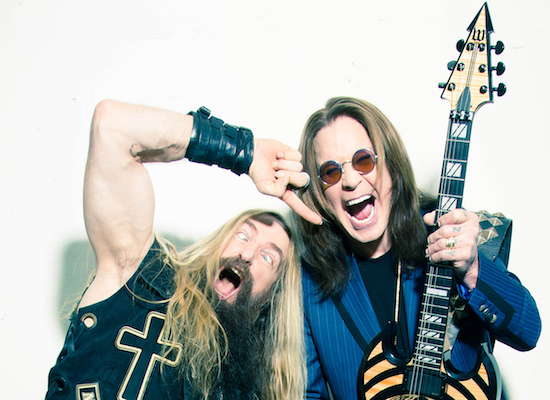 Rock And Roll Hall Of Fame inductee and Grammy-winning singer and songwriter Ozzy Osbourne has shared a new single, Nothing Feels Right (listen below), featuring his longtime guitarist Zakk Wylde. The song is a reflective, moody ballad, with Wylde delivering an emotional, melodic solo. It is featured on Ozzy’s upcoming album, Patient Number 9, which will arrive this Friday, September 9th.

It was announced in April 2017 that Wylde would be rejoining Ozzy’s backing group for all his future solo show dates. Osbourne’s touring lineup also includes Rob “Blasko” Nicholson on bass, Tommy Clufetos on drums and Adam Wakeman on keyboards.

In recent Osbourne news, the Prince of Darkness will be performing at halftime at the Los Angeles Rams season opener on September 8th at SoFi Stadium. The game will be presented nationally on NBC, Peacock and Universo at 5:20 PM PT/8:20 PM ET. Tickets are available at www.therams.com/tickets.

To celebrate Patient Number 9 Ozzy has confirmed a special in-store appearance and signing at Fingerprints Music in Long Beach, California on Saturday, September 10th, the day after the LP’s release. Attendees will need to pre-order a copy of Patient Number 9 to attend the event as Ozzy will only be signing copies of the new album. In order to sign as many copies as possible, the new album will be the only item signed. Masks will be required for all attendees and no photos with Ozzy will be permitted. Click here to reserve your copy.

Previously released songs from the forthcoming Patient Number 9, include the title track, which can be heard here. Also, Degradation Rules, which features Ozzy’s Black Sabbath bandmate, Tony Iommi, and can be found here.

Osbourne has sold over 100 million records, is one of a handful of artists who has had Top 10 albums in last six decades, received induction into the Rock And Roll Hall Of Fame as a co-founder of Black Sabbath, won three Grammy Awards, earned the Ivor Novello Award for Lifetime Achievement from the British Academy of Songwriters, Composers, and Authors, set a Guinness World Record, and claimed real estate on the Hollywood Walk Of Fame and Birmingham Walk Of Stars. He’s played for royalty (even the Queen of England) and dignitaries around the world, interacted with presidents and performed to millions of devoted fans on five continents. Earlier this year, Ozzy’s CrytoBatz NFT launched as one the biggest Celebrity NFT project ever created; it’s currently ranked in the top 100 biggest NFT projects ever and is valued at over $40 million.

‹ THE CULT SHARE NEW SINGLE, “A CUT INSIDE,” FROM THEIR FORTHCOMING ALBUM, “UNDER THE MIDNIGHT SUN”

ON SEPTEMBER 8TH, OZZY OSBOURNE WILL PERFORM AT THE HALFTIME SHOW OF THE NFL KICKOFF GAME, FEATURING THE LOS ANGELES RAMS VERSUS THE BUFFALO BILLS ›