ON THE 31ST ANNIVERSARY OF “RIDE THE LIGHTNING,” METALLICA GUITARIST KIRK HAMMETT REFLECTS ON THE ALBUM AND BASSIST CLIFF BURTON 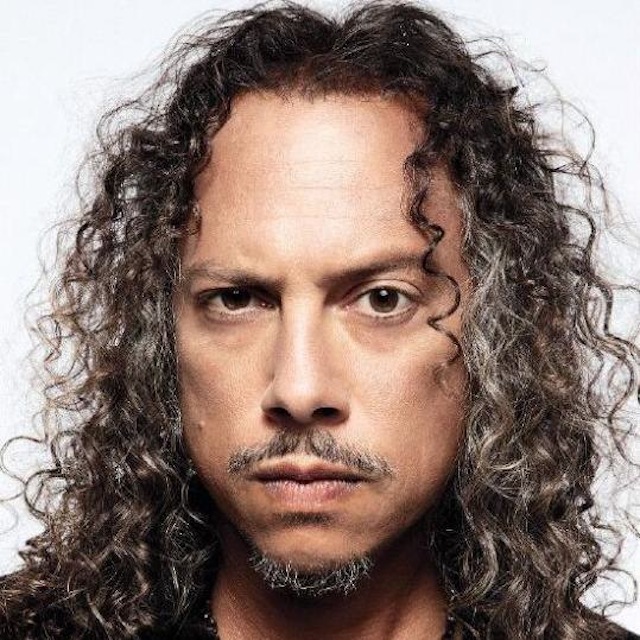 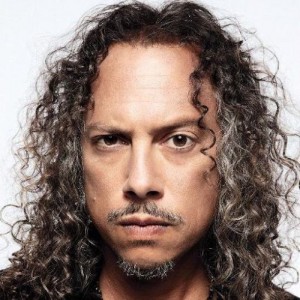 Brad Angle of Guitar World spoke with Metallica guitarist Kirk Hammett about the 31st anniversary of the band’s second album, Ride the Lightning. Excerpts from the interview appear below.

Kirk Hammett: It’s interesting. Just this morning I was telling my kids what I was going to do today. I’m like, “These people are taking a picture of me in an electric chair!” They’re both young, so of course they said, “Why?” I explained it’s because we have a song called Ride the Lightning and that’s another way of saying, “You’re getting electrocuted in an electric chair!” Then I had to play them the song and sing them the lyrics. They’re sitting there looking at me, like, “Wow.” [laughs]

So I’m sitting with them, listening to that Ride the Lightning guitar solo, and I was like, I have absolutely no recollection of putting all those harmonies on there! [laughs] When we were putting that song together, we had the intro riff, the verse, the chorus, and a part of the instrumental bridge. When the whole thing slows down and there’s that solo section, I remember I pretty much played that solo as it is off the bat.

When I recorded that in 1984, I was 21 years old. That’s crazy. In 1984, a guitar solo like that was something. If you put it into context of what was going on back then, it was very modern sounding. Of course, if you put it into today’s context, it sounds like classic rock. [laughs] It’s not like today’s norm, with sweeping arpeggios and 32nd notes everywhere. I also have to say that when I listened to it this morning, I realized that the actual sound of the album is still good. After all these f–king years, it still holds up sonically.

Guitar World: ..Were you writing the stuff in El Cerrito around the same time you were taking lessons from Joe Satriani?

Guitar World: Do you remember any specific techniques that he showed you that ended up on Ride the Lightning?

Kirk Hammett: All the stuff I learned from Joe impacted my playing a lot on Ride the Lightning. He taught me stuff like figuring out what scale was most appropriate for what chord progressions. We were doing all sorts of crazy things, like modes, three-octave major and minor scales, three-octave modes, major, minor and diminished arpeggios, and tons of exercises. He taught me how to pick the notes I wanted for guitar solos as opposed to just going for a scale that covered it all. He taught me how to hone in on certain sounds and when to go major or minor. He also helped me map out that whole chromatic-arpeggio thing and taught me the importance of positioning and minimizing finger movement. That was a really important lesson.

Guitar World: You guys made a pretty serious jump in songwriting and style between Kill ’Em All and Ride the Lightning. Lars has said that Cliff Burton was an important force in pushing Metallica in this new progressive direction. What was your experience like working with Cliff during this time?

Kirk Hammett: Cliff was a total anomaly. To this day, I’m still trying to figure out everything I experienced with him. He was a bass player and played like a bassist. But, f–king hell, a lot of guitar sounds came out of it. He wrote a lot of guitar-centric runs. He always carried around a small acoustic guitar that was down tuned. I remember one time I picked it up and was like, “What is this thing even tuned to, like C?” He explained that he liked it like that because he could really bend the strings. He would always come up with harmonies on that acoustic guitar. I would be sitting there playing my guitar and he’d pick up his bass and immediately start playing a harmony part. And he would also sing harmonies. I remember the Eagles would come on the radio and he would sing all the harmony parts, never the root.

Guitar World: Ride the Lightning was the first record you had writing credits on. [Hammett replaced original lead guitarist Dave Mustaine in 1983 prior to the recording of Kill ’Em All.] At that point were you feeling a lot more comfortable about bringing your ideas to the band?

Absolutely. Actually, the title Ride the Lightning was my idea. I had taken it from a passage in a Stephen King novel, The Stand. There’s this prisoner, and the line’s something like, “He was stuck on death row and ready to ride the lighting.” Anyway, when I joined the band, those guys went out of their way to make me feel comfortable. It wasn’t like when Jason [Newsted] joined the band [after the death of founding bassist Cliff Burton], and we weren’t as far established as we were when [bassist] Rob [Trujillo] joined.

We hung out all the time back then. I remember right after recording Kill ’Em All, James was like, “Check this out,” and played me the riff to Creeping Death. But it was played really slow, like half time. It just naturally sped up over the course of time.

Guitar World I heard a rumor that the instruments on For Whom the Bell Tolls were tuned slightly sharp to match the opening bell that chimes.

Kirk Hammett: Nope. The chimes are slightly flatter. [laughs] Nah, it’s not us…it’s the chimes! Again, that bass intro was something Cliff had. He would play it all the time at soundcheck. I remember the first time he played it thinking, Wow. That’s a weird f–king riff. It was unlike anything I’d ever heard.

Guitar World: Ride the Lightning was released on Megaforce in July 1984. But soon after, Metallica were signed by Elektra, which rereleased the album later that year. Did getting picked up by a major label drastically change your lifestyle?

KirK Hammett: Well, it felt good knowing that we finally got on a major, because that’s what we wanted to be on the whole time. But none of the majors were interested at first. The amazing thing is that it all happened in one night. We were playing Roseland Ballroom in New York City after we had recorded Ride the Lightning. That night, we got signed to Elektra, Q-Prime [management] and ATI, which was a booking agency back in the day. All three of those things happened that one night, and we didn’t even play that well! We went onstage and played, but we weren’t vibing like we usually did, and we were a little sloppy. So we came offstage and we were a little bummed out, saying, “F–king hell, they’re not going to sign us. Are they even still here?” [laughs] Then Elektra came backstage and said, “Great f–king show, you guys were amazing!” [laughs] And Q-Prime said, “We are definitely working with you guys. Congratulations!” And we’re all looking at each other, like, Really?

After it all sunk in, we were really excited. Being signed to Elektra meant that our record would make it to a lot of places that wouldn’t be possible with an independent label. We knew we’d be able to tour a little better, like in a real tour bus and with better promotion. And, most importantly, we knew we’d be better off financially, so we could make a better-sounding record, which of course ended up being Master of Puppets.