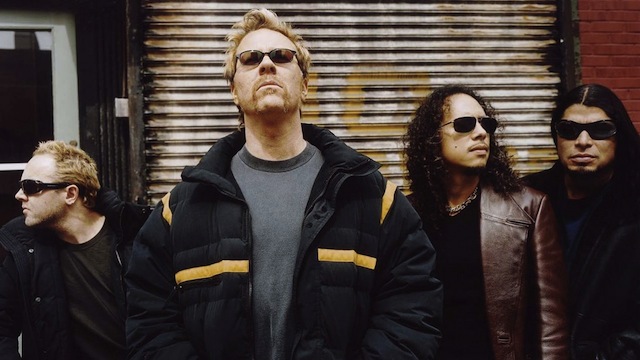 James Hetfield has confirmed that Metallica have completed recording their 10th album and it’s now in the mixing stage.

Additionally, he believes that fans won’t feel let down after waiting eight years for the follow-up to Death Magnetic.

He added, “We’re super-stoked about it. It’s been a long time coming. The next album is exactly what it’s supposed to be, so we’re excited about it.”

Lars Ulrich has revealed this week that a planned extended release of Metallica’s 1982 demo No Life ’Til Leather has been delayed as a result of unpredicted legal issues.

DEF LEPPARD’S JOE ELLIOTT ON THE KEY TO THE BAND’S SUCCESS, “IF I KNEW THE ANSWER TO THAT, I WOULD BOTTLE IT AND SELL IT” ›