METALLICA GUITARIST KIRK HAMMETT ON LEMMY KILMISTER: “[HE] WAS THE FINEST OF GENTLEMEN” 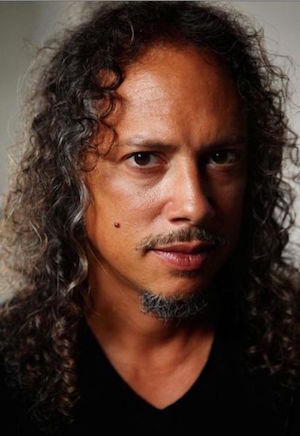 Metallica guitarist Kirk Hammett has released a statement regarding the passing of Motorhead’s, Lemmy Kilmister, from cancer at age 70. Here is what Hammett had to say:

“Lemmy was the finest of gentlemen.

Back in 1979 when I was 16 years old, I heard Overkill for the first time. I thought it was the fastest thing I’d ever heard, and I declared to all my friends that Motörhead were the fastest band in the land.

And I remember very distinctly having a realization that moment — I realized that it was OK to be an outsider and that it was OK to not feel like I had to conform to anything that I objected to in my teenage life because clearly the Motörhead guys in this picture looked like they didn’t conform to anything at all and boy it sure looked and sounded like they were enjoying themselves as a result.

So I got a lot from that pic and that massive sound and that attitude.

And I have to thank Lemmy, Fast Eddie and also the recently departed Philthy Animal for the inspiration, spark and fire that I felt so strongly from that night in 1979.

That inspiration will always be there with me and may the music of Motörhead live on!”

MOTORHEAD DRUMMER MIKKEY DEE SAYS WITH THE PASSING OF FRONTMAN LEMMY KILIMISTER, “THE BAND IS OVER” ›