In a story posted on June 30th, Jenner sisters, Kendall and Kylie, were selling “vintage” T-shirts with the pair’s faces superimposed over some of rock and rock’s biggest icons.

After being slammed by both Notorious B.I.G.’s mother, and Ozzy’s wife, Sharon Osbourne, the pair quickly stopped selling the $125 shirts, on their online shop, Kendall + Kylie, and issued an apology.

Metallica frontman, James Hetfield, was recently asked for his opinion on the topic, by ET Canada, and he replied, “I guess what they were thinking is, ‘We can do whatever we want.’ To me, it’s disrespectful. We’ve spent thirty-six years working hard, doing our best to keep a really close connection with people, make every note count, and someone just throws something up over something that we fee…Not that it’s sacred or anything, but show some respect.” View the segment below.

Sharon Osbourne, who previously tweeted, “Girls, you haven’t earned the right to put your face with musical icons. Stick to what you know … lip gloss,” added on CBS’s The Talk, earlier this month, “They are doing this for press, like they do everything, and I fell right for it by responding,” she said. They’re getting their line up, and running, by using all these iconic performers, to just state that they now have a line of merchandising. They know exactly what they’re doing. They’re not kids. They were brought up in this industry.”

On a similar, but different note, James Hetfield has been very supportive of celebrities, and pop stars, wearing Metallica shirts, as fashion statements. He even came to the defense of Justin Bieber, once saying, I remember when that whole Justin Bieber wearing a Metallica T-shirt went viral, I thought “So what?” This is America, you can wear whatever the f - - k you want. If he doesn’t know the history of the band or whatever, it’s fine. I wear lots of stuff and I have no idea of the history, I just like the logo…Everyone is welcome here….” 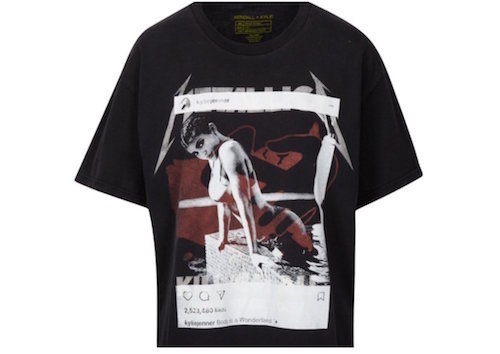 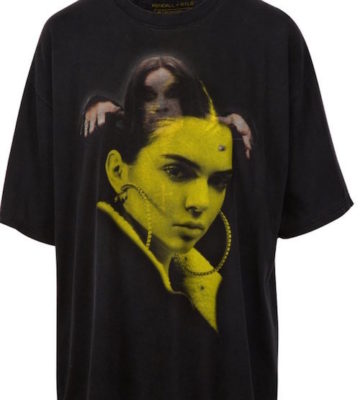 BLACK SABBATH POST TRAILER FOR “THE END OF THE END” ›