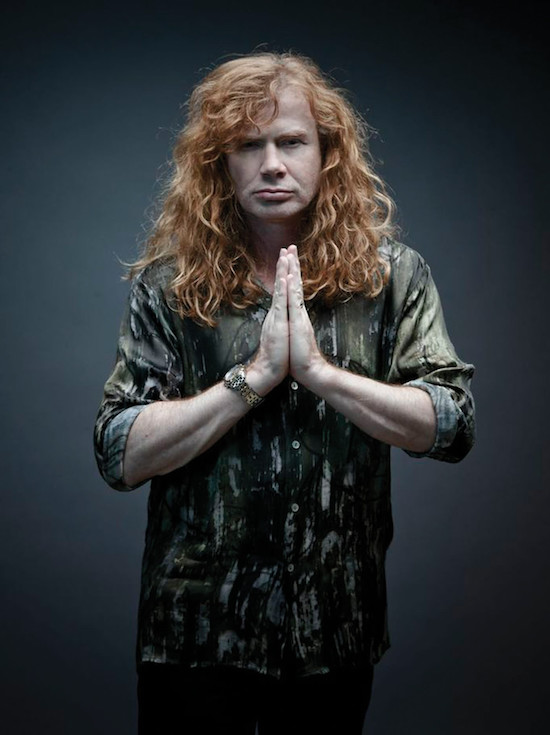 Megadeth frontman Dave Mustaine says he is now “100% free of cancer” after he was diagnosed with the disease last year.

He revealed he was battling throat cancer in June 2019, and reported in September that he had almost completed his treatment.

At the band’s recent show at London’s SSE Arena Wembley, Mustaine told the crowd, “About a year ago, we were working on our new album back in Franklin, Tennessee, and I started to feel some pain. I went to the doctor and he said, ‘Dave, you have cancer.’ And I went, ‘F–k! I have cancer.’ And I was so shocked.

At first, I thought, ‘Am I afraid?’ And then I said, ‘No. I’m f–king pissed.’ We stopped the record – we stopped everything. I went into treatment for cancer.

It was 51 radiation treatments and nine chemo treatments and when it was all said and done, every day I would think, ‘I can’t face not playing again,’ so I would pray.

But I thought about you guys every day, too. And I thought about my family. And I got this power from you guys. And I just kept thinking about it. And on October 16th, I went to go see the doctor, and he said, ‘You’re 100% free of cancer.'”

After the first show in Helsinki, Megadeth bassist David Ellefson posted a message on social media with a picture from their set, saying: “This is a photo from tonight’s tour kick off show in Helsinki – one filled with overwhelming gratitude from the four of us for the return of Dave’s health, and the privilege for us to perform for you again.

The reality and weight of what hung in the balance during Dave’s cancer treatments these last months really shone through during the Q&A at the pre-show VIP meet n greet and in each song we performed on that stage.

Life is a gift and our health is precious. Thank you for all the prayers and support to Dave and the Megadeth camp these past months… they surely worked!”

The tour will continue tonight (February 3rd) in Berlin.