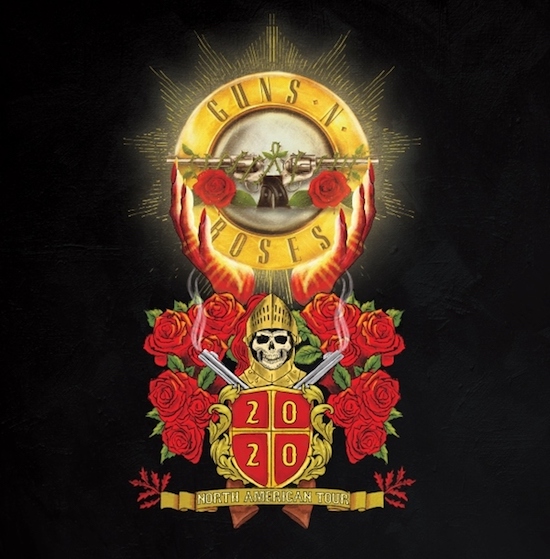 Guns N’ Roses announced North American dates as part of their epic 2020 worldwide stadium tour this summer. The colossal Guns N’ Roses 2020 Tour will steam roll through Toronto, Chicago, Atlanta, Los Angeles, Lisbon, London, Prague and so many more. GNR will be the first ever rock band to perform at the long-awaited Los Angeles SoFi Stadium and will hit MetLife Stadium on the opposite coast, home of the New York Giants and New York Jets.

Get on the Nightrain for first shot at tickets beginning February 4th at 10 AM local time.

Active Nightrain members will see their unique presale code displayed on the tour page after logging in.

Members should log in and get their presale code on the tour page.  If you’re not a member and you want access to early tickets, join now and pick up one of the all new Nightrain memberships.