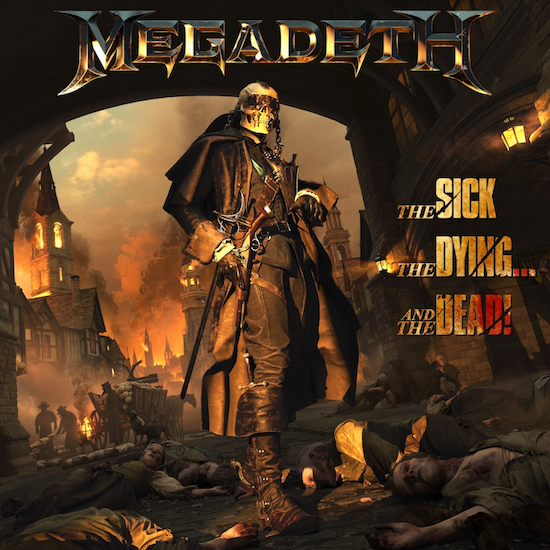 Megadeth has released the official music video for the song Killing Time, taken from the band’s latest studio album, The Sick, The Dying… And The Dead! Titled Chapter V: Killing Time, the video is the fifth and latest instalment of the band’s epic multi-part short film revealing the origins of the band’s iconic mascot Vic Rattlehead.

Regarding the lyrical inspiration for Killing Time, Dave Mustaine told Kerrang! magazine, “Killing Time isn’t about homicide. It’s about procrastination. Psychopathy [another song from The Sick, The Dying… And The Dead!] gives you the background] for the person that Killing Time’is about. The subject the doctors are talking about is this guy who thinks he’s got it all going on. But everything that he does peels back another layer of burnt skin. It’s stripping back the paint trying to cover up the mess that this person is. I actually know someone who’s just lost everything. We’re talking hundreds of thousands of dollars and a multi-million dollar company: gone. And he’d been warned. He was the slick dude in Life In Hell. He was the Junkie. He’s definitely the guy in Killing Time.”

To see other videos from Megadeth, please go here.

Megadeth recently received its thirteenth Grammy nomination for “Best Metal Performance” for the song We’ll Be Back from The Sick, The Dying… And The Dead!.