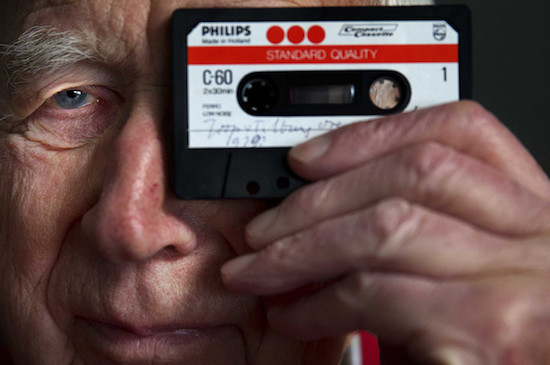 According to the NY Post, the inventor of the CD and cassette tapes has passed away.

Lou Ottens, who is credited with not only inventing the cassette tape but also helping develop the CD, died at his home in the Netherlands village of Duizel this month. He was 94.

“We are very sad to have to inform you that Lou passed away peacefully on March 6th 2021,” Ottens’ daughter, Arine Ottens, told WTOP News.

A Dutch engineer, Ottens began working for Netherlands-based electronics company Royal Philips in his early 20s. In 1960, after eight years at the company he’d risen to be head of product development, Dutch News reported.

Within a year in the role, he and his team had created the world’s first portable tape recorder, an invention which would revolutionize the music industry go on to sell over a million units. In his third year in the role, he invented the cassette tape, a development inspired by Otten’s frustration with unwieldy open-reel magnetic audio tape recording.

“I got annoyed with the clunky, user-unfriendly reel-to-reel system, it’s that simple,” Ottens said in an interview about what motivated him to make the compact cassette, according to the publication.

In comparison to reel-to-reel, his new analog magnetic tape recording format was considered a revolutionary and dainty innovation. The new tapes also allowed listeners to easily record songs off the radio, a game-changer at the time — and the start of countless “mixtape” romances.

Ottens’ team presented their inaugural plastic-encased cassette tape to the world at a 1963 electronics fair. “Smaller than a pack of cigarettes!” boasted the musical format’s promotion.

The Philips-patented tapes were a near-instant hit and quickly revolutionized the music industry, spawning countless professional and DIY mixtapes, with over 100 billion sold.

Then, in the 1970s, Ottens helped co-create the CD, a co-creation of Philips and Japanese electronics producer Sony which made its public debut in 1982.

Despite his huge influence over modern music, he remained humble about his involvement.

“I have no ‘pride dial,’ ” Ottens said in an interview following his 1986 retirement, stressing that the creations were team efforts.

In another interview, he expressed a profound and prescient understanding of the inevitability of change, innovation and the passage of time.

“Everything disappears in the world when it has done its time,” he said. “So will I.”