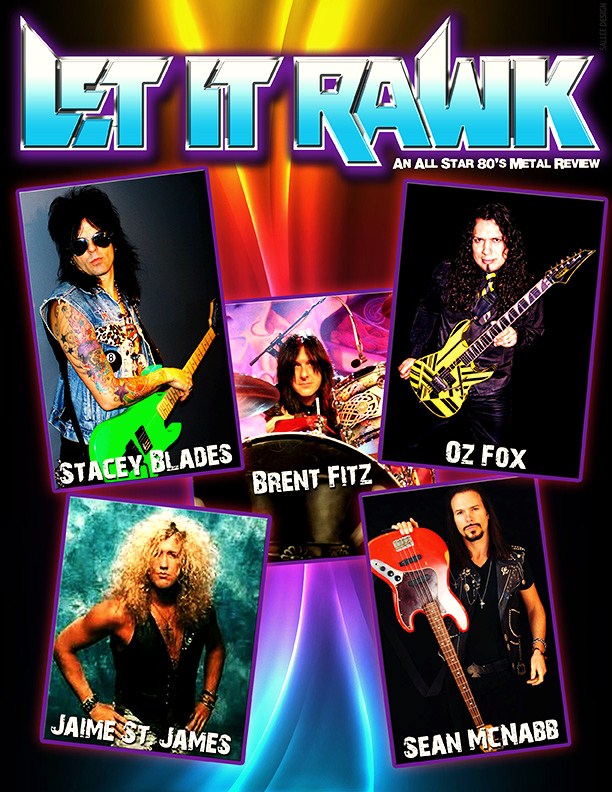 The Vegas strip had nothing on the Sunset Strip when it came to Rock N’ Roll, and a new multi-media show is bringing that experience to the stage in a special sneak preview. Let It Rawk will debut in the Chrome Showroom at Santa Fe Station and Casino in Las Vegas on Saturday, January 18th at 9pm PST.

Let It Rawk is a loud, colorful, energetic and interactive experience of the hair metal era on LA’s Sunset Strip. The showroom and stage will be infused with the sights and energy of a legendary rock club. Performed by guys who were there, shaping the scene, the show’s playlist includes the greatest hits from the ‘80s and early ‘90s. From Warrant to Motley Crue the best anthems will be performed in all the glory of the day. Hits from the Let It Rawk band’s careers are highlights.

The Let It Rawk band is the real deal. The band is fronted by Black ‘N Blue and ex Warrant vocalist Jaime St. James. Guitarist Oz Fox is in the platinum-selling Christian glam rock band, Stryper. Dokken’s Sean McNabb has played bass for other Kings of The Sunset Strip including Great White and Quiet Riot. Filling in for and joining for drummer Brent Fitz will be Scot Coogan from Ace Frehley and Brides Of Destruction! The anchor of the band is Let It Rawk’s creator and producer, Stacey Blades. The band will also feature floating members such as Eddie Ojeda from Twisted Sister and Bullet Boys original drummer Jimmy D’Anda

Stacey’s ten years with L.A. Guns cemented him as a must-watch guitar player, and his final record with the band, Hollywood Forever, earned him critical acclaim for his exceptional fretwork. He left the band last year to pursue other musical avenues and projects. “I have been diligently working on this project since last May with Co-producer Frank DiMaggio and am super stoked to be sharing the stage with such awesome guys and talented musicians. The show will be playing a few times a month here in Vegas and then be doing casino shows nationally, Let It Rawk! See you out there!” 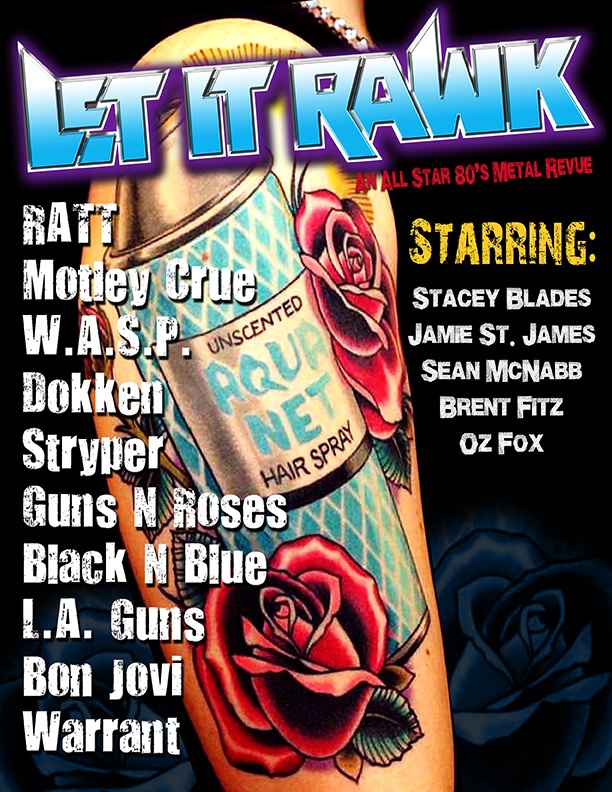 ‹ JAKE E. LEE SPEAKS TO EDDIE ABOUT OLD RUMORS AND HIS NEW BAND, READ EXCERPTS BELOW