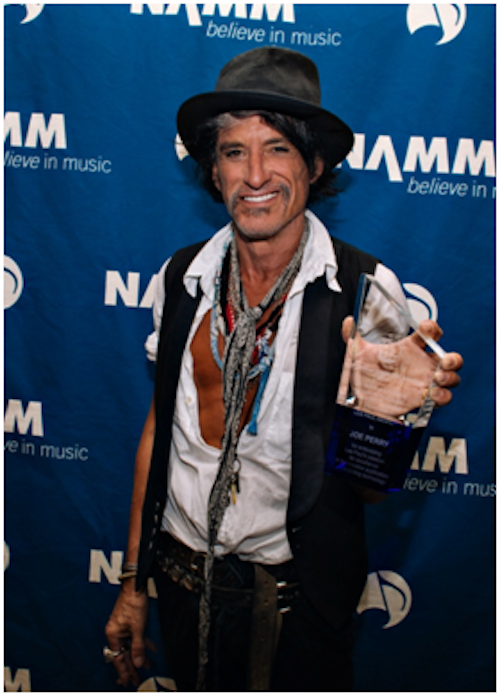 Perry was presented with the prestigious honor by his Hollywood Vampires bandmate Johnny Depp, who said Perry was “his hero” and “the reason I picked up the guitar in the first place.”

The annual Les Paul Award is given on behalf of the Les Paul Foundation and honors individuals that have set the highest standards of excellence in the creative application of recording technology in the spirit of the famed audio pioneer, inventor and musician, Les Paul. Perry was honored alongside famed Aerosmith engineer and producer Jack Douglas, who was inducted into the NAMM TEC Hall of Fame (which was created nearly thirty years ago to honor pioneers of audio technology, as well as the music industry’s most accomplished producers and audio technicians) earlier in the evening.

In related news, Perry recently spoke with Loudwire about Aerosmith’s forthcoming Aero-Vederci Baby tour, read what the guitarist had to say, here.