JUDAS PRIEST’S “FIREPOWER” IS THE BAND’S HIGHEST CHARTING ALBUM EVER IN THE U.S. 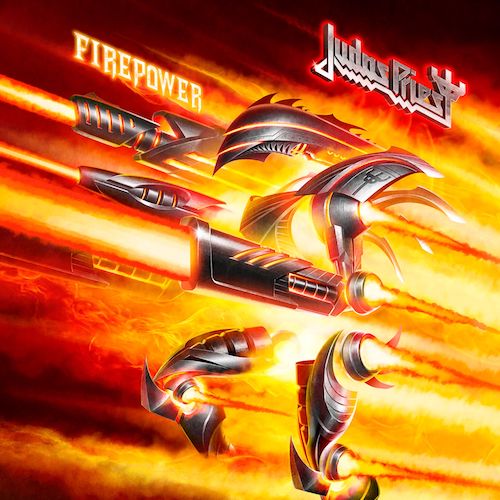 Rock band Judas Priest debuts at No. 5 on the Billboard 200 albums chart with Firepower — marking the group’s highest charting album ever. The album surpasses the group’s previous chart high, logged when 2014’s Redeemer of Souls debuted and peaked at No. 6…

…Firepower — the act’s 18th studio effort — bows with 49,000 units earned in the week ending March 15th, according to Nielsen Music. Of that sum, 48,000 were in traditional album sales — the act’s best sales frame since 2005’s Angel of Retribution bowed with 54,000 copies sold. Judas Priest’s bow was bolstered by sales generated from a concert ticket/album sale redemption offer in association with the band’s tour that began on March 13th.

The new album was ushered in by the single Lightning Strike, which has so far peaked at No. 21 on the Mainstream Rock Songs airplay chart. It’s the band’s highest charting single on the tally since way back in 1982, when their classic hit You’ve Got Another Thing Comin’ peaked at No. 4.

Here’s a look at Judas Priest’s history on the Billboard 200 chart:

FORMER MEMBERS OF EXODUS, OVERKILL AND HADES RECORD NEW MATERIAL, INCLUDING A COVER OF KISS’ “GOD OF THUNDER” ›