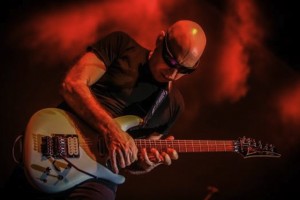 In 1986 Joe Satriani released his first solo album through Relativity Records, Not of This Earth. Fast-forward to this year when Satriani released his 15th solo album, “Shockwave Supernova” to critical acclaim. To mark this major milestone anniversary, Satriani will bring to life the Surfing to Shockwave 2016 Tour, an evening spotlighting his 30-year career.

In related news, Satriani recently revealed that Chickenfoot is in the process of recording a new track, read more here.