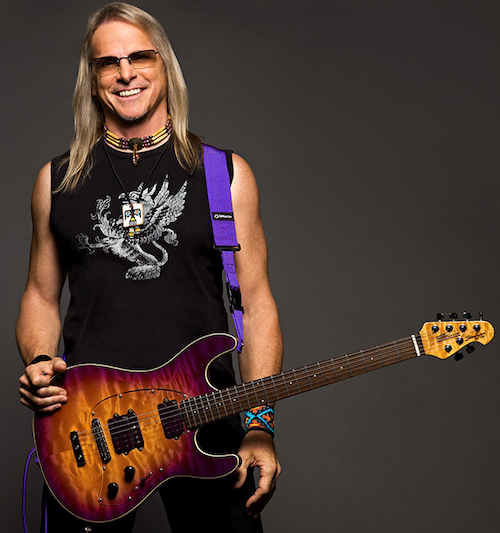 Deep Purple have posted the following message, regarding guitarist, Steve Morse, to their Facebook page:

“Deep Purple announces that Steve Morse will be stepping back from the band, having been its guitarist for more than a quarter of a century.

Steve’s personal circumstances have made it impossible for him to commit to the band’s schedule throughout 2022 and beyond. A few months ago, Steve openly shared with the band´s fans the sad fact that his wife, Janine, is battling cancer and, in his own words, ‘I simply must be there with her.’

Since joining the band in 1994, Steve has written and recorded eight studio albums with the band:

Rapture of the Deep

In addition, Steve has also recorded many live records with Deep Purple over the years.

Steve will be greatly missed by band, crew, management, record label and all those that had the pleasure of working with him over the years.

Steve has always been hugely grateful for the support and love of Deep Purple fans across the globe.

In the words of Steve Morse:

Last Autumn, I suddenly left the Purple writing session in Germany because my wife was having a real medical crisis. Almost a year later, we are learning to accept stage 4 aggressive cancer and chemo treatment for the rest of her life. We both miss being at shows, but I simply couldn’t commit to long, or far away tours, since things can change quickly at home. I suggested lining up a substitute guitarist last Autumn, hoping we could see the miraculous cancer cure all of us have heard about. As time went by, I could see the way things were heading though, after 28 years of being in the band.

I’ve already played my last show with Purple back in Florida on the Rock Legends Cruise. I wish to thank the listeners who so strongly supported live music and turned every show from a dress rehearsal to a thundering, exciting experience. I’ll miss everybody in the band and crew but being Janine’s helper and advocate has made a real difference at many key points…

…I know Simon has the gig nailed already, but I’m now handing over the keys to the vault which holds the secret of how Ritchie’s Smoke on the Water intro was recorded. I guess you have to jiggle the key just right because I never got it open.

As stated above Morse joined Deep Purple in 1994. Morse has also had a successful solo career which has encompassed rock, country, funk, jazz, classical and fusion.  He was also part of the Dixie Dregs alongside Rod Morgenstein, Steve Davidowski, Allen Sloan and Andy West.