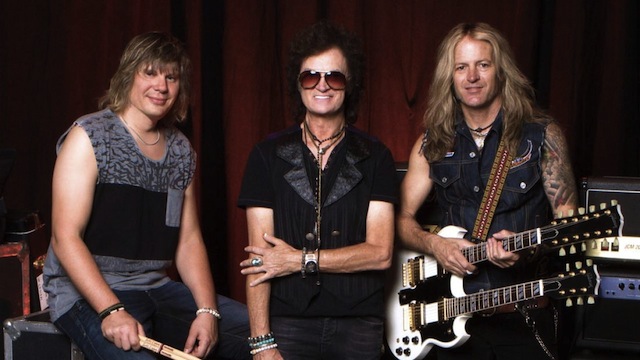 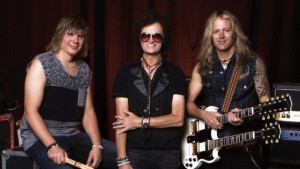 Glenn Hughes says Doug Aldrich was the only man for the job when he needed to recruit a guitar player for his solo band.

The former Deep Purple, Trapeze, Black Country Communion and California Breed singer hits the road for a UK tour in October, starting at Norwich Waterfront on the 19th. It comes at the tail end of a wider European run.

Hughes’ longstanding drummer Pontus Engborg is onboard for the tour, and the vocalist was thrilled to secure ex-Whitesnake axeman Aldrich to replace Soren Andersen.

As he releases the first image of the lineup, Hughes tells TeamRock, “I felt it was time for me to start touring with my solo band. I called Pontus and Soren, but Soren had made a contractual commitment to do an autumn tour in Scandinavia, so I had to find a replacement.

There was only one man on my mind – Doug Aldrich. I’ve known Doug from his time with Ronnie Dio, and of course Whitesnake. Doug played with me on a couple of Purple songs at a festival the night before Ronnie passed away. We had great chemistry and talked about playing together again.

Doug is a welcome addition to my band, is a dear friend, both loving and nurturing, and is a rock phenomenon. I’m beyond grateful to return to a solo band touring cycle that will see me travel across many continents these next 12 months. See you down the front.”