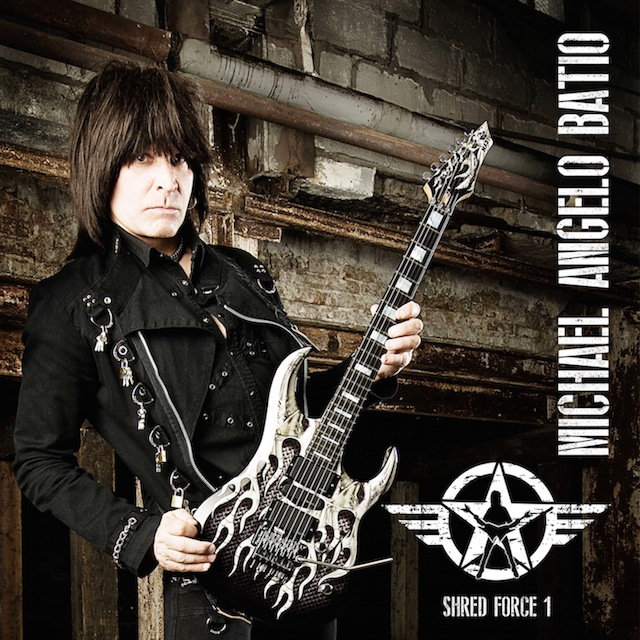 Considered to be a pioneer of the “shred guitar” genre, Michael Angelo Batio is set to release his first-ever career retrospective entitled, Shred Force 1: The Essential Michael Angelo Batio. The new album is slated for release on April 14th through Rat Pak Records. Shred Force 1: The Essential Michael Angelo Batio not only highlights Michael’s best work to date, but also brings together many nationally renowned musicians from the hard rock and heavy metal genres. The album features some of Michael’s most memorable performances including a dynamic version of Rush’s What You’re Doing, which features Queensrÿche vocalist Todd LaTorre, Metal Church guitarist Kurdt Vanderhoof, Alice Cooper bassist Chuck Garric, Metal Church/TSO drummer Jeff Plate and guitarist Craig Blackwell. An official audio stream of What You’re Doing can be heard below.

“I feel that Shred Force 1 is the culmination of my best musical work,” exclaims Batio. “These are some of my personal favorite performances along with an army of featured guest stars pulled together by an amazing record company to bring it all into focus!”

EDDIE TRUNK DISCUSSES AC/DC PLAYING COACHELLA, INTERVIEWING KISS AND THE CRAZIEST THING HE HAS EVER SEEN AT A METAL SHOW ›