Yngwie Malmsteen is one of the most technically accomplished guitarists of all time, rewriting the book on hard rock/heavy metal guitar. In addition to countless awards from music and instrument specific publications, none other than Time Magazine hailed him as one of the ten greatest electric guitarists.

Acclaimed for his accomplishments for perfecting his playing in multiple genres (rock, blues, surf) and respected by both fans and peers alike, Gary Hoey performs his radio hits such as the Billboard Top 5 smash Hocus Pocus along with other favorites.

Watch the promo video for Guitar Gods below.

More dates to be announced soon! 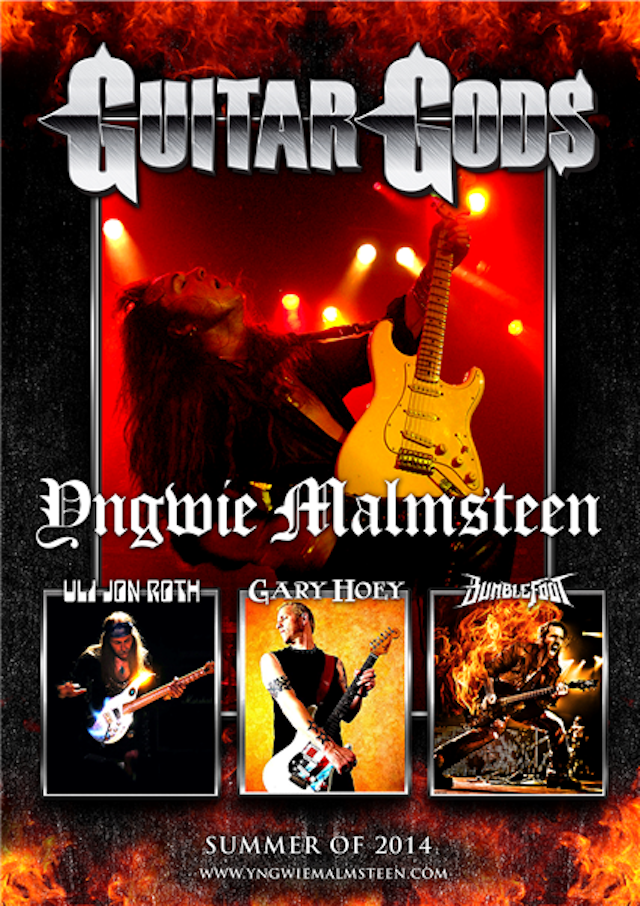 ON THE NEXT PORTION OF THEIR “KINGS OF METAL MMXIV” WORLD TOUR, MANOWAR WILL RETURN TO THE CLEVELAND AGORA IN OHIO ›