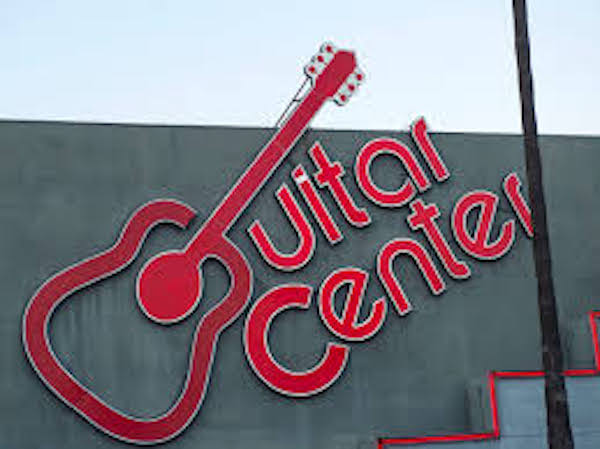 The bankruptcy filing came just one week after the Guitar Center, which had been struggling to compete with online retailers even before the pandemic, announced it had reached a debt-reduction deal with its key stakeholders.

…The company says its business operations will continue uninterrupted during the debt restructuring process and that it will continue to pay its vendors, suppliers and employees; operate its stores, websites, call centers and social media pages; and receive goods and ship orders. It will additionally honor all merchandise credits, prepaid lessons, rentals, gift cards, deposits, orders, financing and warranties.

“This is an important and positive step in our process to significantly reduce our debt and enhance our ability to reinvest in our business to support long-term growth,” said Guitar Center CEO Ron Japinga in a release. “Throughout this process, we will continue to serve our customers and deliver on our mission of putting more music in the world.”

Japinga added that the company expects to emerge from bankruptcy by the end of this year.

Guitar Center currently has 300 stores as well as 200 Music & Arts stores, which sell band and orchestral instruments, in the U.S. A majority of those locations were forced to close temporarily early in the pandemic, only adding to the company’s woes.

Saturday’s bankruptcy filing ironically comes as guitar sales surge in the U.S., driven by consumers wanting to pick up new hobbies during the pandemic shutdown…

…The rise of online competitors such as e-tail giant Sweetwater, along with an overall decline in sales of its namesake product, coincided with Guitar Center’s 2007 leveraged buyout by private equity firm Bain Capital, which left the company with over $1 billion in debt that it has since struggled to pay off.