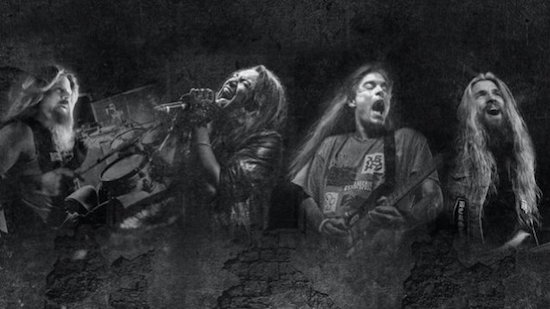 Firstborne’s self-titled debut EP marks the Adler’s first dedicated band release since his departure from Megadeth and Lamb of God.

Firstborne features Girish Pradhan on vocals and guitar, Myrone on guitar, James LoMenzo on bass, and Chris Adler on drums.

The Firstborne self-titled EP includes five songs and two lyric videos. The EP represents several years of dedicated introspection and refined effort to the idea of a heavy and positive message.

The track listing is as follows:

The debut EP from Firstborne is now available at Bandcamp and across all streaming services, and Spotify and iTunes.

The band has also sourced an exclusive arrangement with Rare Records CEO Doug Bear in Australia for a limited release of the EP on 12” colored vinyl, CD and cassette. Additionally, separate colored vinyl 7” including the track Separate Ways (not available on the EP vinyl, CD or cassette) across all of Australasia with worldwide orders available here.

Watch videos for songs Anthem and Primordial, below

Firstborne will make their live debut in 2021 appearing at several international festivals and tours being scheduled/rescheduled now. A second EP is well underway with a Fall 2020 release planned.