GLENN HUGHES DISCUSSES FORMER TRAPEZE AND JUDAS PRIEST DRUMMER DAVE HOLLAND AND SAYS, “[HE] WAS AN INCREDIBLE DRUMMER AND A GREAT GUY” 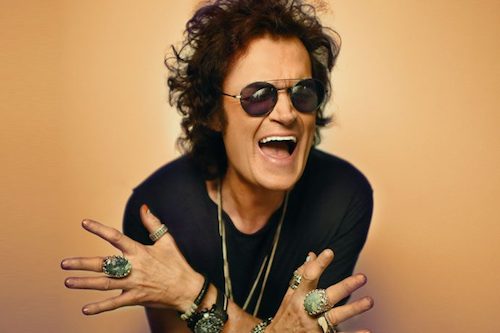 Hughes said (as per Blabbermouth.net, “Dave was my first drummer in Trapeze. And what an incredible drummer and a great guy….I’ve lost both members of Trapeze — I’m the last one standing again. Of course, Dave had some difficulties later in life, which we know about. But all I wanna talk about is how great [he] was around me in those early years. Trapeze [was] the ’70s, before I went on to join Purple and Mel went on to join Whitesnake and Dave went on to join Judas Priest. Those were very, very formative years for me, for a young musician from the north of England, to come out to the United States and have a career. Very important.”

Listen to Hughes’ interview, below.

2/2: CRUISE TO THE EDGE & MONSTERS OF ROCK CRUISE / BROADCASTS ARE HERE ›