GEOFF TATE ON PLAYING WITH NEW BANDMATES: “IT’S A LOT MORE ORGANIC..AND THERE’S A REAL CAMARADERIE IN THE BAND NOW”

Kevin Wells of The Washington Times spoke with singer Geoff Tate about his new album, performing Operation: Mindcrime live and whether he has experienced any fan backlash since the splintering of the original Queensryche. Portions of the interview appear below.

KW: What kind of response have you gotten from Frequency Unknown, which was released last April?

GT: I don’t know. I don’t typically pay attention unless I’m talking with somebody and they bring up something specific.

KW: You also celebrated the 25th Anniversary of Operation: Mindcrime earlier this year by performing the album in its entirety. What was it like playing that album again?

GT: It’s great, yeah. I love that album. I love performing it. It’s challenging because you’re playing an entire record, so it’s challenging live to present it in a way that keeps the flow of the record, which I think is really important. When you’re presenting music live, you have to think a lot about how to present it, the pacing of it, the song order that sort of thing. So that album brings its own set of challenges to a live performance. It had some really great shows. We didn’t play the southeast yet and we’re playing there in January. So we’re gonna be presenting the Mindcrime show to the southeast in January.

KW: Did you feel when you were writing that album that it would end up being so well received by fans and critics alike?

GT: No. Never do, really. That album was really critiqued heavily when it came out [laughs], as all our records are, I guess. It takes people a while to, I guess, understand our music. That’s the thing with most music. You have to live with it a while. You have to have it playing and part of your life, you know? For it to truly affect you, you have to spend some time with it. In our kind of pop world we’ve constructed in our society, we don’t give music much of a chance to sit with us. We kind of judge it immediately and music isn’t like that. It’s something that is a personal experience that kind of accompanies you on your own personal experience.

KW: Has the legal battle over the Queensrÿche name been resolved?

GT: No. we have a court date that was set for November originally, but recently got pushed out to January. So, by January, we should have it all wrapped up.

KW: Have you noticed any sort of fan backlash due to the split with the other original members of Queensrÿche?

GT: I hardly have noticed a difference, really. It’s been really kind of smooth sailing. The shows have been well-attended and the energy at the shows is really intense with the band and the interaction with the audience. It’s probably actually a little more emotional now than it has been. I think change is probably a good thing.

KW: Have you spoken recently with any of the other original members?

KW: Is it strange playing Queensrÿche without the other guys?

GT: Oh, not at all, no. Actually, it’s a lot more organic now and there’s a real camaraderie in the band now. This group of people, we have a real positive kind of energy surrounding the band now that I find really very pleasing. I think that translates to an audience when you’re up on stage together and everyone in the band is happy and excited to be there. That translates to the audience. They pick up on that energy too, you know?

Read more at The Washington Times. 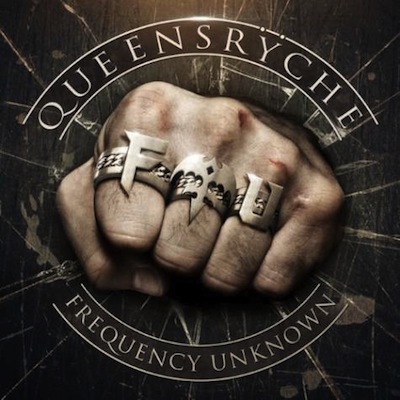 KISS, DEEP PURPLE AND NIRVANA ARE AMONG SOME OF THE NOMINEES UP FOR INDUCTION INTO THE ROCK N’ ROLL HALL OF FAME ›