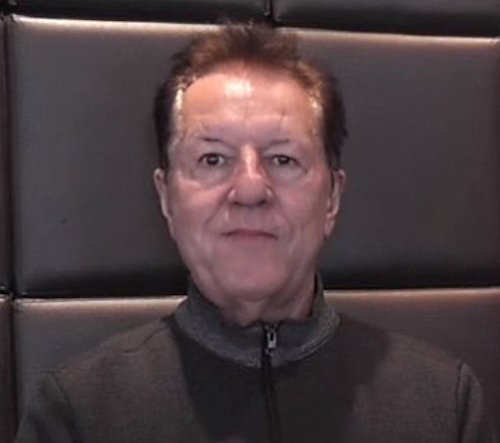 Former Scorpions drummer Herman Rarebell spoke to the official Scorpions fan club Crazyscorps about the recent passing of iconic bass player Pete Way. The founder of UFO, Waysted and, more recently, The Pete Way Band died on August 14th at the age of 69. He sustained life-threatening injuries in an accident three months ago but fought hard until finally succumbing to those injuries.

Rarebell said [via blabbermouth.net], “[Pete] was our first bass player of Temple Of Rock. Basically, he’s a really good bass player, but the problem always in his life was the alcohol and the drugs. That’s what me and Michael [Schenker] always thought — he would sooner or later die of that. Then, I heard he had fallen in his house on the stairs and he broke two ribs.”

“The last time I’d seen him was in Brighton when he asked me to go on tour with him, and I said, ‘No, I don’t have time,'” he continued. “‘Cause in those days, I was forming the second thing of Drum Legends [with] Ginger Baker and Pete York. And that was also the reason why I couldn’t go in January 2019 with Uli Jon Roth [on] the Japanese tour where he made his 50-years reunion. We did the show, and on October the 6th, Ginger passed away.

Going back to Pete Way, when we rehearsed, Pete always had shorts on and a t-shirt — in the winter time. He never had a cold — nothing. So I said always to Michael, ‘I know why he has nothing. As soon as the bacteria flies in [Pete’s] mouth, the bacteria is immediately dead.

Pete was a character. He was one of those rock stars like Keith Richards and those guys — everybody knows him.”

The bassist had a biography published, A Fast Ride Out Of Here, in 2017, and an album, Amphetamine, which is currently out on Cargo Records.

Way had dealt with a number of health issues in recent years. In 2016, he suffered a heart attack, two years after he was given the all-clear following a battle with prostate cancer with which he was diagnosed in 2013. Way was diagnosed during a routine check on his liver, which had been damaged over the years through hepatitis. The abdominal scan picked up the tumor on his prostate. He is survived by two daughters, Zowie and Charlotte, and his younger brother, Neill.