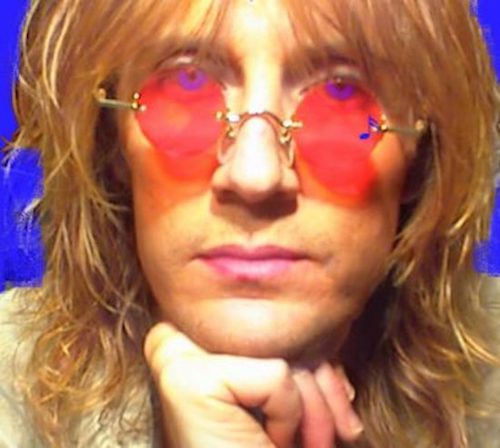 Sleaze Roxx: People know the first two records [Enuff Z’Nuff (1989) and Strength (1991)]. The debut did well for you. The band was on MTV in regular rotation. Strength was set to be the breakthrough record.

Donnie Vie: Man, I remember Billboard [Magazine] had us as an up and coming artist and Rolling Stone has some complimentary things to say about us. Going into Strength, Atlantic [Records] had changed presidents, [and] the new one coming in had no connection or ties to us. We were f–ked from the start. I got depressed. I started self medicating and Chip started running the show. It is what it is. Can’t change it now. If that hadn’t happened how it did, I wouldn’t have ended up where I am right now.

Sleaze Roxx: Who’s someone that has surprised you as an Enuff Z’Nuff fan of your work?

Donnie Vie: Man, there’s been a few. Paul Gilbert, of course, we have a mutual admiration… Ozzy [Osbourne] liked us. The Mötley guys liked us, but there’s one that really blew me away. We were playing a gig one night that featured Sebastian Bach, Foreigner, Ronnie James Dio and us opening. Sebastian did something to f–k us. We were using the backline that was provided by Skid Row and the guys were cool with us and were letting us use amps, but Sebastian would have no part of that. So we had to use whatever other gear and amps which were backstage, obviously not what we were expecting. He took it a step further at dinner. Chip and I were sitting there with some of the other bands having dinner and he’s at one of the neighboring tables, being loud like Sebastian tends to be, “Would you look at the pipes we have here tonight? We have Ronnie James Dio, we have Lou, we have Lou Graham.” Chip was irate and says, “What about your brother over here?” Just then security comes in and says, “Listen guys, we need to clear the room. Ronnie has an interview and we’re using the room.” I’m one of the last people heading out and I see Sebastian Bach extend his hand to Ronnie who walks right past him like he didn’t even exist [laughs]. Ronnie says, “Donnie Vie. You’re one of my favorite singers. Happy to meet you.” He extends his hand and I give him this huge hug. That meant the world to me. That showed that f–king d-bag and we went on stage with broken down gear and we still kicked their ass [laughs].

Sleaze Roxx: Ever caught Enuff Z Nuff without you in it?

Donnie Vie: Absolutely not [laughs]! I don’t need to be a part of that. I can’t be around that. I’m clean, sober and that’s not an environment that I need to be around. [If] I might be asked to get up on stage and do a song or two, it might end up in drama. I’ve moved on from that. It keeps me positive and that’s where I’d like to be. Chip’s my brother, we’ve made up. His thing was my thing, but I can’t be a part of that anymore. I think they’re doing the setlist that I thought they’d be doing and their new album, is just what I expected.

Sleaze Roxx: Your three favorite albums of your career to date?

Donnie Vie: I would have to say for starters, Beautiful Things, I could say the Enuff Z’Nuff record, but I don’t think I can say that because that’s my “baby record” and I don’t like all of the songs. I would say Dissonance and Paraphernalia, those three.

Sleaze Roxx: Do you think politics should be kept out of music? Why or why not?

Donnie Vie: Absolutely, absolutely. You’re too influential. If you’re a big artist or a big movie star, you’re too influential. You shouldn’t vote if you don’t have all the information. I don’t know anything about any of that s–t and anything that I find out is just ridiculously wrong. The system is all f–ked up. It just frustrates me, so I stay away from that s–t. You’re an actor or a musician. Do that.

Donnie Vie’s new album, Beautiful Things, is out now. Listen to the single, I Could Save The World, below.

‹ GEOFF TATE WILL PERFORM QUEENSRŸCHE’S “RAGE FOR ORDER” AND “EMPIRE” ALBUMS, IN THEIR ENTIRETY, ON 2020 TOUR