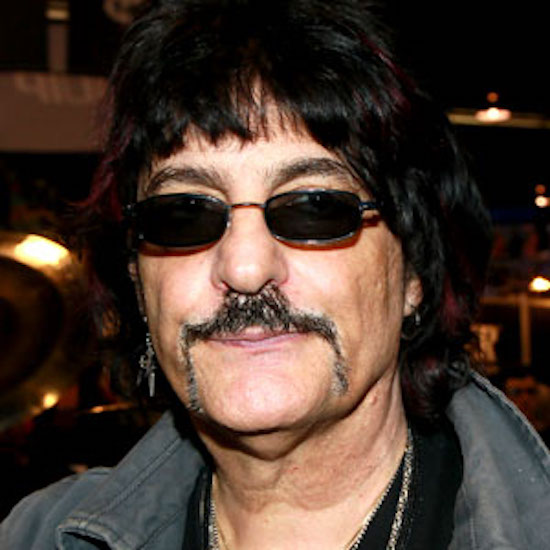 Teenage radio host Miles “The Shoe” Schuman spoke with drummer Carmine Appice at this year’s NAMM show (see video below) to ask why he is not playing with John Sykes.

According to Appice, Sykes originally approached him about playing drums on the upcoming tour, but they had a difference in opinion on how it should be presented. “When we talked about it and John said he wanted to do that, I said, ‘Well, if we’re gonna do that, we can do some of my history songs, which are as big as yours, or bigger. But he wanted to call it ‘John Sykes and Blue Murder.’ I think it should just be ‘Blue Murder.’ Now he gets it. I talked to him the other day and I said, ‘Look, we’re gonna do some Blue Murder — some shows in America and Canada — and call it Blue Murder. But go do your John Sykes thing. Get it out of your system.’ We’re still friends. And hopefully, in a few months, when he gets all that done and he’s out doing it and finishes it, we can do a proper Blue Murder reunion. He’ll be out singing… He hasn’t been out singing… Singing Blue Murder vsongs is not easy. And singing Whitesnake] is not easy either. So he can be out there singing and playing and doing his thing. And then, hopefully when that’s done, we can maybe do a Blue Murder thing.”

GUITARIST JOHN SYKES DISCUSSES HIS FORTHCOMING NEW ALBUM, TOURING PLANS, AND SAYS, “I LOVE MY FANS, THANK YOU SO MUCH FOR SUPPORTING AND STICKING WITH ME” ›