DON DOKKEN SAYS IF HE HAD A CHOICE BETWEEN LOSING SEX OR THE ABILITY TO PLAY GUITAR, HE WOULD RATHER PLAY MUSIC 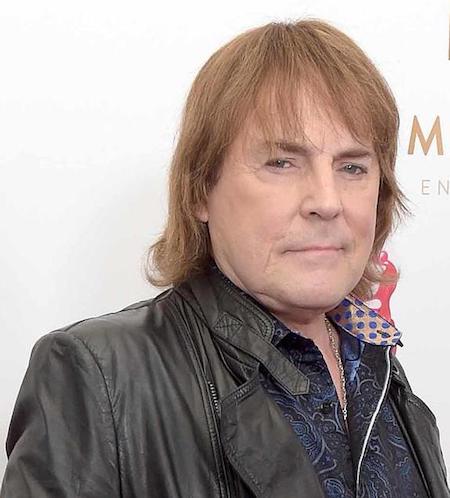 Ruben Mosqueda of Metal Titans spoke with Don Dokken, highlights from the interview appear below.

Metal Titans: Years ago, I had a conversation with [guitarist] Michael Schenker [Scorpions, UFO, MSG, Michael Schenker Fest] and he spoke about doing an album with you. He wanted to get the best songs from his Thank You acoustic albums and compile them into one album but he wanted vocals on them and he mentioned that he wanted you to sing the songs. Whatever happened with that?

Don Dokken: You’ll have to ask Michael about that. I did do the record. It’s completed. I have copies of the record. I wrote lyrics for like eight songs, I finished the record and I gave to Michael. He really liked it, I don’t know what stalled that. It might have been a financial issue, between him and the record company that was going to release it. I think they just couldn’t come to terms on a price. I think he felt that with his name on it and my name on it there was more value to the album. He really liked Faith. We did a music video for that and he put the song on one of his records.

Metal Titans: Don we have COVID-19 and civil unrest. Any thoughts on that and how we could pull out of this?

Don Dokken: My frustration is that people aren’t “getting it.” We’re now the highest in the world for infection. In Japan, it was the lowest, in Japan everybody wears a mask, EVERYBODY. It’s been proven that Japan got things under control within two months by just wearing masks…This isn’t the flu…the prime minister of England was sick with COVID, nobody is immune to this. When I see the George Floyd protests and I see thousands of people out on the streets protesting, shoulder to shoulder with no masks, what do you think is going to happen? It’s insanity. Spain and Italy were doing very bad…and now they have it under control, people are staying in, they’re keeping their distance and they are wearing their masks. I just don’t understand this “American” mentality that “I won’t get it. It’s no big deal.” I’m like, “Really?! The proof is in the pudding, we’re not doing so good right now.” Between COVID, the civil unrest, tours being canceled and my arm being parylized–it’s been such a strange year. It worked out from the health point of view because it will allow me to stay home and do some physical therapy and get regain use of my arm. I want to get back to playing guitar. I miss it. If I could either lose sex or the abilty to play guitar forever, I would keep my ability to play guitar. It means that much to me.

Don Dokken Discusses His Forthcoming Release “The Lost Songs: 1978-1981” And The Classic Line-Up Saying, “When You’ve Got Two Alpha Males In The Band, You’ve Got Trouble”