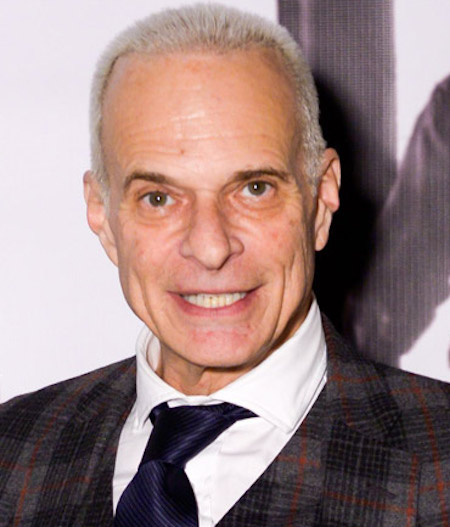 Lane Brown: You volunteered as an EMT in New York in the 2000s. Did you ever worry you might resuscitate somebody and then give them a heart attack by being David Lee Roth?

DLR: One of my earliest clients was a kid from Ozzfest. He was on a corner, a slight OD. This was 12 years ago. In my back pocket, I had, “No, I’m his cousin, Randy.” As I recollect, he didn’t say anything, but I could see in his face there was as much question as person could possibly have. But I was only recognized twice in maybe 200 or 250 visits.

I spent a New Year’s Eve on the receiving dock out in Bed-Stuy, and a Hatzolah rabbi from the ambulance service gave four [EMTs] one cupcake. We split it four ways in the diagonal snow, on the loading dock in the back of the hospital where we’d just walked three kids in. I made a contribution there. If I had to pick one word for myself, that would be it: contribution. Sometimes to my own detriment. It was me who said we should name the band Van Halen. They [Eddie and Alex Van Halen] wanted to name it after a Black Sabbath song [Rat Salad].

Lane Brown: You just got some new ink yourself, right?

DLR: Yes. I almost never show my gear, you follow? But if we’re at a sushi bar and you see a little bit of this [rolls up a sleeve to reveal half an inch of tattoo], you may get better service. It shows a respect for their art style. And if you go to a rugby game in Fiji, Tonga, Samoa, or New Zealand, and you have a South Pacific tattoo, that kind of salute will get you free beer for the remainder of your stay, just out of respect, brah. There are a lot of neighborhood styles. Justin Bieber is building a mural of placas. That kind of positioning is the alternative to the Japanese style. Anyway, I waited until I was six decades old and got the whole tuxedo at once, because I didn’t want to make a mistake. It took about 300 hours over two-and-a-half years. All Japanese artists.

DLR: Well, I don’t know how far this privacy actually goes. But the band is solvent. And I can say that I contacted colleagues about being part of the show — Metallica, Guns N’ Roses, Jason Aldean, the Foo Fighters, Church, and Stapleton. And they all said that, if everything happens, they would certainly be involved.

Lane Brown: So this would be a festival?

DLR: No, all I talked about was a phone call.

Lane Brown: Your voice is still in good shape. Have you noticed any changes in it as you’ve gotten older?

Lane Brown: What was the hardest part of launching a tattoo skin-care line?

DLR: The hardest part is always getting folks my age to understand that, my, things do change. I remember telling Mo Ostin and all the faces at Warner Bros. that someday there’s gonna be a Spanish-speaking MTV. Huh-ho! They all laughed. I said, “Give me the budget to record my music in Spanish.” Which, I did. It’s horrible Spanish, but I was the first, so to speak. It made an impression. They loved it down south.

So this time, [with Ink The Original], I said, “You know what, guys, the normal thing where we try to advertise in Rolling Stone and on displays at Cross-Fit and in tattoo and biker shops, that’s not going to work. That’s not the future of ink. It’s all going to be on the internet.” Luckily I had some people with brains who said I should meet Ami. I’m going to bring him into this for a minute, because most people don’t know what Tattoodo is. Wait until you hear these numbers.

Ami James: Tattoodo is the biggest online community for tattoo content. So if you’re looking for an artist anywhere in the world that does the specific work you’re searching for, we are your booking app. And we reach 1.5 billion people a month…It was somebody else working with David who contacted me first. I opened the email and thought, well, maybe this is a company that would make sense to advertise on our platform. But then I read the email and was like, sunblock for tattoos? Finally. I work in Miami, which is the worst part of America to work in tattoos, because we tattoo [people with skin like] leather couches — everybody there is a redneck. Artists from Canada will visit us and they’re like, “This is the worst place I’ve ever tattooed.” And it’s all due to the fact that we don’t use sunblock. I surf, too, and your skin cracks from the saltwater. So I tried the product out and by the end of a week, I was like, “Man, this is really good.”

Lane Brown: In 2016, you almost played a show in L.A. with the band from your first solo album, Eat ’Em and Smile — Steve Vai, Billy Sheehan, and Gregg Bissonette. But the venue overcrowded and the fire marshal shut it down. Is that reunion still a possibility?

DLR: The fellas put together a show and contacted me afterwards. It would have been a fast jam, but it didn’t take place. At some point we might put something together.