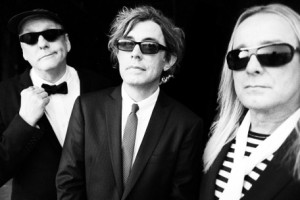 Cheap Trick are giving away the first single No Direction Home from their 17th album, Bang Zoom Crazy… Hello.

The band have made the tune available after their induction into the Rock And Roll Hall Of Fame’s class of 2016. To download the song, click here. It can also be streamed below.

The band are also celebrating their recent signing to Big Machine Label Group, home of artists including Aerosmith’s Steven Tyler.

Bang Zoom Crazy… Hello will be released in April – a week before they will be inducted into the Rock Hall in a ceremony at Brooklyn’s Barclay Center.

Cheap Trick will be joined in the Rock And Roll Hall Of Fame next year by Deep Purple, Steve Miller, Chicago and N.W.A.

DEEP PURPLE FRONTMAN IAN GILLIAN IS UPSET THAT BAND MEMBERS, STEVE MORSE AND DON AIREY, WILL NOT BE INCLUDED IN THE ROCK HALL INDUCTION ›