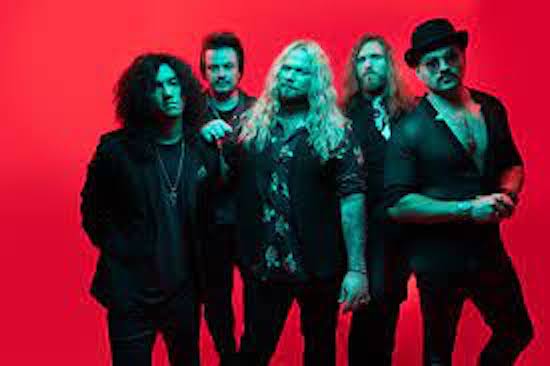 British band Inglorious will release a covers album titled, Heroine on September 10th. They have released their take on Heart’s classic track Barracuda from said album, which can be seen below. Pre-order Heroine on CD/Color LP/Digital here, please note that £1 ($1.39 US) from every sale of this album on the band’s webstore will be donated to Women’s Aid a fantastic charity out of the UK.

1. Queen Of The Night (Whitney Houston)

5. Bring Me To Life (Evanescence cover)

7. I’m With You (Avril Lavigne cover)

8. I Hate Myself For Loving You (Joan Jett cover)

9. I Am The Fire (Halestorm cover)

Inglorious was formed in February 2014 by five young men with a mutual love and respect of the classics of Hard Rock music, big guitar riffs, and soulful vocals.  Their influences stem from iconic rock and roll shrine of Rock albums from the 1970s – many years before the band members were born. The band is fronted by Nathan James, who made a name for himself having sung for the multi-platinum selling Trans-Siberian Orchestra, and Scorpions guitar legend Uli Jon Roth.  Nathan was looking for like-minded musicians that desired to make incredible rock music in a very honest fashion. Nathan is joined by guitarist Danny Dela Cruz who partners Dan Stevens in an Inglorious dual axe attack, renowned Brazilian bassist Vinnie Colla, and drummer Phil Beaver (who was once  signed to Mick Fleetwood’s label while still at school),