BRET MICHAELS RELEASES NEW SINGLE/VIDEO “BACK IN THE DAY,” HITS THE ROAD THIS SUMMER WITH “PARTY GRAS” TOUR DATES 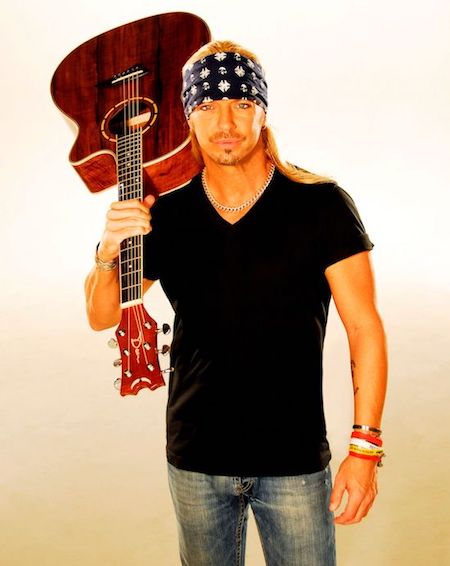 Poison frontman Bret Michaels has released the official music video for his new solo single, Back In The Day, watch it below.

Michaels states, “Back In The Day is truly a modern-day throwback to a feel-good road-trip anthem. The video reflects the feel of early MTV videos with green screen, pop-up captions and never-before-seen photos and original Hi-8 images of my youth. It is a song that truly reflects on great times and pays homage to the radio stations and DJs that cranked up the music while bringing us great songs that have withstood the test of time, songs that all my friends and I would sing along to then and now. Music is a universal language meant to unite us, not divide us, and that is exactly what this song is about. It’s also a hell of a lot of fun to sing along to, as is the video to watch as it weaves a story of my life and the music that rocked it.”

Pete Evick, who is best known as Michael’s music director and guitar player of the last 20 years, stated about Back In The Day, “It’s been a long time coming, I’ve had this track sitting in my hard drive for months just dying to let everyone hear it. I can’t explain the amount of fun me and Bret had recording this song. As always Bret pushes the boundaries and really makes me get creative and innovative with production.

“Trying to encompass elements from the 70’s, 80,s 90’s, and also still feel current and modern was the goal with everything about this song,” he explained. “I think we got it. Meri Schaefer sings those amazing harmonies in the chorus and Norman Voss kicks out some heavy guitar throughout the song.”

Following Poison’s appearance on th highly successful The Stadium Tour [with Def Leppard, Mötley Crüe and Joan Jett and the Blackhearts] this past summer, Michaels will embark on his select date Parti-Gras 2023 tour with Live Nation starting July 13th in Detroit, see dates below. Joining Michaels on his tour will be Night Ranger and Jefferson Starship along with special appearances from Steve Augeri (former lead singer of Journey) and Mark McGrath (Sugar Ray), plus a nightly surprise guests