“BON JOVI: THE STORY” TO BE RELEASED THROUGH STERLING IN NOVEMBER 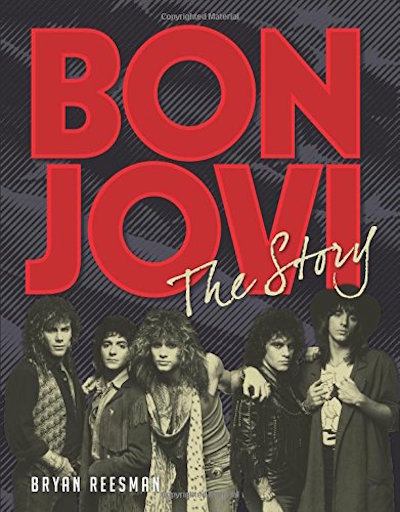 With their catchy hooks, good looks, and irresistible pop-metal sound, Bon Jovi became one of the bestselling bands of all time. Bon Jovi: The Story (Sterling, November 2016) by Bryan Reesman is the first fully illustrated, comprehensive book paying tribute to the mega-popular group from the beginning in 1983—soon after shooting to stardom with the release of their multiplatinum third album Slippery When Wet, which celebrated it’s 30th anniversary this August—to the present day.

This is also the first biography to include the early days of Bon Jovi through the words of people who were there—including early bandmates and associates like Jack Ponti, Wil Hercek, Bill Frank, and Bruce Stephen Foster. There are 25 sidebars
throughout, covering solo and side projects, major collaborators like Desmond Child and Wayne Isham, the Slippery When Wet cover debate, the band’s Moscow festival performance, Jon Bon Jovi’s philanthropy and acting, the rise of tribute bands, and more.

‹ JON BON JOVI ON THE RICHIE SAMBORA SPLIT, “WE WERE IN CALGARY…[HE] JUST DIDN’T SHOW UP AT THE SHOW…AND WE HAVEN’T SEEN HIM IN PERSON SINCE”