Black Sabbath have shared a clip of them performing their classic track Children Of The Grave.

It’s taken from their upcoming concert movie The End Of The End, which was shot during the last show of their farewell tour earlier this year in their home city of Birmingham. It will be screened at 1500 cinemas around the world for one night only on September 28th.

Sabbath recently said, “To bring it all back home after all these years was pretty special. It was so hard to say goodbye to the fans who have been incredibly loyal to us through the years. We never dreamed in the early days that we’d be here 49 years later, doing our last show on our home turf.”

The End Of The End features live scenes from the concert along with backstage footage and studio performances of tracks they didn’t play on the night. 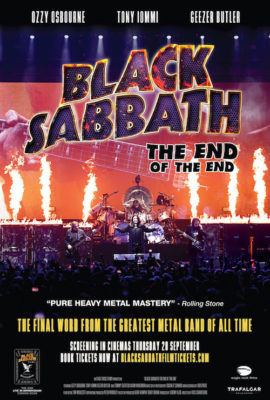