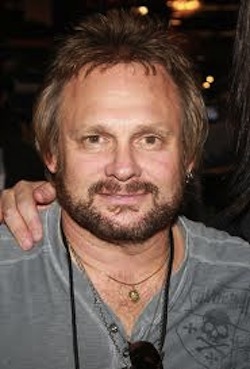 Former Van Halen and current Chickenfoot bassist Michael Anthony called into to Eddie’s Sirius/XM show, Eddie Trunk Live, on Monday, April 9th, to discuss the passing of famed producer Andy Johns. In addition to discussing Johns, and other topics, Eddie asked Anthony a question about his former bandmate David Lee Roth. His response to the question appears below.

When raising the point that David Lee Roth stated in recent interview with Rolling Stone magazine that he would like Anthony back in the band and missed his vocals, the bassist said: “It was flattering to hear Dave talk like that. He never used to talk like that when we were all playing together. [laughs] But hey… I really don’t know what to say to that. It was flattering that he said that. And, obviously, I’m the kind of guy that… water under the bridge. I don’t hold any kind of grudges for anything, and you never know what will happen at anytime…. At this point in your life and career and whatever, the career aside, it’s more about the friendship and just people. And if the music side of it, if that happens, if that comes about, all the better, but that’s not what it’s really about at this point.”