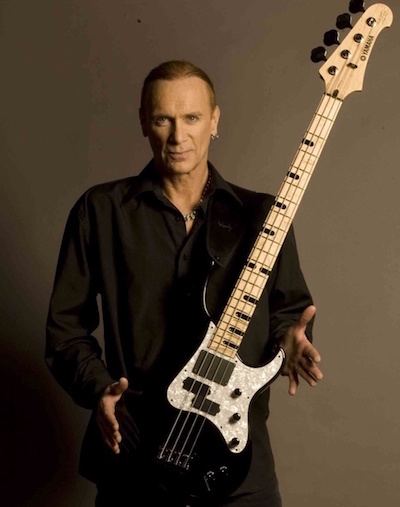 In a brand new interview with The Metal Voice [as per blabbermouth.net] über bassist Billy Sheehan (Talas, David Lee Roth. Mr. Big, Winery Dogs, Sons Of Apollo) once again recalled being asked to join Van Halen on at least a couple of different occasions. Sheehan, whose early band Talas opened for Van Halen in 1981, said that he was approached about replacing [original Van Halen bassist] Michael Anthony no less than “three times through the years. And I considered it a great, great honor,” he said. “However, I’m torn, because I love Michael Anthony, and I think he’s the best bass player for Van Halen And as much as I would have loved to do that, I wanna see Michael in the band. And I’m not even sure why they asked me in the band, ’cause I think Michael is an awesome player and a great singer. Who knows what the situation was? But it was just a great honor to be associated with them in any capacity.”

Asked during which era of Van Halen he was approached about joining the group, Sheehan said, “It was the tour after the Women And Children First‘tour. I think it was Fair Warning. We talked about it then. And then I spoke with [singer] Dave [Lee Roth] about it also. I mostly spoke with [guitarist] Eddie [Van Halen], and I [talked to] Dave about it too, I remember, in Toronto, Canada. I came up to see them play from Buffalo. And then, at the end, [on the] 1984‘[tour], I remember Ed took me onstage to show me the stage setup, and we talked about it then. … The last time that it went down, I went up to Eddie’s studio when I lived in L.A. a few years back, and jammed with him and [drummer] Alex [Van Halen] for a while. And we thought about doing something then. But it didn’t happen.”

He added, “It was just an honor to even know those people. I love them all. I love Michael, Ed, Dave, Alex, Wolfie [Wolfgang Van Halen], Sammy [Hagar].”

According to Sheehan, he is “the only guy [who has] ever played with every member of Van Halen” over the years. He explained, “I played with Dave. I did a show with Michael Anthony for a NAMM Show jam. I jammed with Eddie and Al at their house. I played with Sammy Hagar. I did a Who tribute tour with Gary Cherone. And I never played with Wolfie— played music with him — but we did… Myself, Ed, Steve Lukather and Pat Torpey did a benefit show for Jason Becker in Chicago one year, and Ed was kind enough to offer me to fly home with him. And he was with his son. And Ed wanted to sleep. So I played — he was a little tiny kid, Wolfgang — and we played some number games and letter games and drew pictures. So, technically, I played with him, but not music. But I love that band. I love all those guys.”

Listen to Billy’s interview below.