BALD MAN GETS INTO TOURING SPIRIT WITH 16-DATE “HELLBILLY HOLLOW-WEEN,” OUR VERY OWN EDDIE TRUNK TO APPEAR AT SELECTED DATES 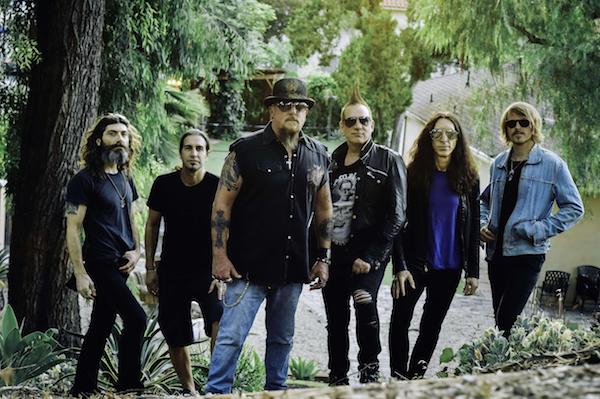 Actor and rock artist Bald Man isn’t letting COVID get the better of his Halloween spirit. He’s put together a supergroup of musicians to join him on the Hellbilly Hollow-Ween North American Tour, a COVID-safe, 16-date live concert and movie premiere experience launching in Frenchtown, N.J., Oct. 16 with heavy metal DJ Eddie Trunk on selected dates.

The tour may be the first of its kind since the onset of COVID-19 and resultant shutdown of virtually all concert touring in 2020. “Hellbilly Hollow-Ween” travels to Pennsylvania from New Jersey, then moves on to Ohio including a nine-date run at Land of Illusion in Middletown. It then heads west for dates in Denver, Salt Lake City and Las Vegas. More shows are expected to be announced.

Bald Man’s recently released album debut, Music For The Rest Of Us, will be performed in its entirety, and each show includings a screening of his upcoming horror film, Hellbilly Hollow.

“Nothing goes better with Halloween than serving up a new horror film with a side of in-your-face rock ‘n roll,” Bald Man said in a statement. “These projects have been years in the making and I can’t wait to hit the road and share Music for the Rest of Us and Hellbilly Hollow with fans across the country. It’s showtime.”

As Bald Man prepares for the tour, he unveiled his studio and touring band members. Lead guitarist Phil X (Bon Jovi) and bassist Dan Spree (Phil X and The Drills) will perform on Bald Man’s next studio records, which will be released soon.

“It has been an honor recording with Bald Man. I’ve been having a blast, too, as I really get to stretch my legs as a guitar player,” said Bald Man lead guitarist Phil X. “It would’ve been awesome to do this tour with all my bros, too, but with Bon Jovi, The Drills and other projects on my plate, it was hard to connect the dots. There is HUGE talent in the current lineup and this is exactly what people need right now, especially after being stuck at home for the last seven months. In the end, I believe it’s ‘music’ that will bring us all back together and get us through this.”