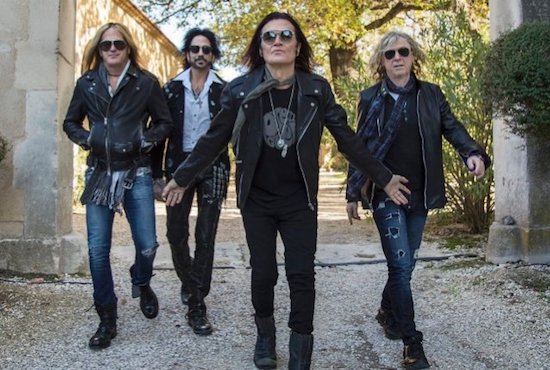 Rock bands have always used music videos to express their creativity and innovation, Bustle and Flow is no exception.

Rock band The Dead Daisies have collaborated with Creative Works (London), a branding and content studio (live concert graphic artists for Guns N’ Roses and Aerosmith, amongst others) to provide the latest visuals for their newest single Bustle and Flow. Together they are forging new ground creating narrative driven real-time immersive visual and music content, that spans live, social and digital channels. This Animated Music Experience (A.M.E) uses the Unreal Engine game engine that is behind the worldwide online video game phenomenon Fortnite, amongst others.

The Dead Daisies are always looking for original ideas and providing unique experiences for their fans. This new offering taps into the gaming aesthetic that dominates the globe and enables the band to connect with audiences of all ages, whilst remaining on the cutting edge of technology.

A spellbinding animation sets the backdrop for the song from their upcoming album, Holy Ground which will be released January 22nd, 2021.

In this dark, fiery tale a Mysterious Woman arrives at the entrance of a foreboding Sideshow Carnival that has pitched up on the outskirts of town in the grounds of an old dilapidated church graveyard. With stealth and speed on her side, the Raven deals out her punishment outwitting her prey at every turn and subjecting her quarry to a swift demise.

“Filled with energy and vigor, Bustle and Flow emerged as one of the last tracks to make the cut. It builds and builds and has great movement. The song and the video are about walking through the fear,” says vocalist and Rock & Roll Hall of Fame inductee Glenn Hughes.

The Dead Daisies are:

‹ BALD MAN GETS INTO TOURING SPIRIT WITH 16-DATE “HELLBILLY HOLLOW-WEEN,” OUR VERY OWN EDDIE TRUNK TO APPEAR AT SELECTED DATES