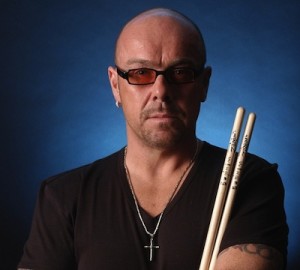 Following on the heels of their successful winter tour, Jason Bonham has confirmed plans for an extensive tour this spring with his band, Jason Bonham’s Led Zeppelin Experience. The tour begins Friday, May 6th at the Aztec Theatre in San Antonio, TX as the bands kicks-off a 20+ date trek across the United States with shows lined up in Los Angeles, Houston, Dallas, Cincinnati, Orlando, Las Vegas, and more.

Jason Bonham, who famously filled in for his dad, the late-John Bonham, said of The Experience: “It’s part storyteller, with using the multimedia screens and things, we’re creating little pieces which I narrate over, which give some little background over some songs we play – and the reason why I’m playing them. There’s stories of myself growing up with dad and how Zeppelin has been, y’know, part of my life from the beginning.”