The iconic Armored Saint has returned with one of their heaviest records of their illustrious career. The crushing, epic new full-length release, Win Hands Down, shows the band have only grown stronger and tighter with age, making for a dynamic and enthralling metal masterpiece. Look for the new album out June 2nd and more details (album art, track-listing, new music video, etc) will be announced over the coming weeks.

Armored Saint are also proud to be joining the legendary Saxon for a few select, high profile shows across the country from May 12th through May 30th. Head over to facebook.com/thearmoredsaint for all tour dates and additional information.

John Bush (vocals) states, “When we began talking about a new record I told Joey Vera (bass) to pretend we were a really huge band and that we could do anything we wanted. At least that was the mindset we should have, from the writing to the production. What came out was Win Hands Down, which is our first record in five years. There’s everything from classic Armored Saint rocker songs to epic songs and we all dug deep deliver something special. If we weren’t going to, then we shouldn’t have bothered. I’m glad we did. In May we are doing some shows in the States with Saxon. It’s a great way to get the ball rolling.”

Vera further comments, “We’re very excited about our new record coming out in June! We’ve been writing over the past year and half and we feel like we’ve written some amazing music. We can’t wait to share it! To get our whistle’s wet, we’re super excited about doing some warm up gigs before the record release with the legendary Saxon this May. We’re doing a total of six shows between the East Coast, Texas, West Coast and we couldn’t think of a better way to start off the summer. See you all soon.”

Armored Saint on the web: 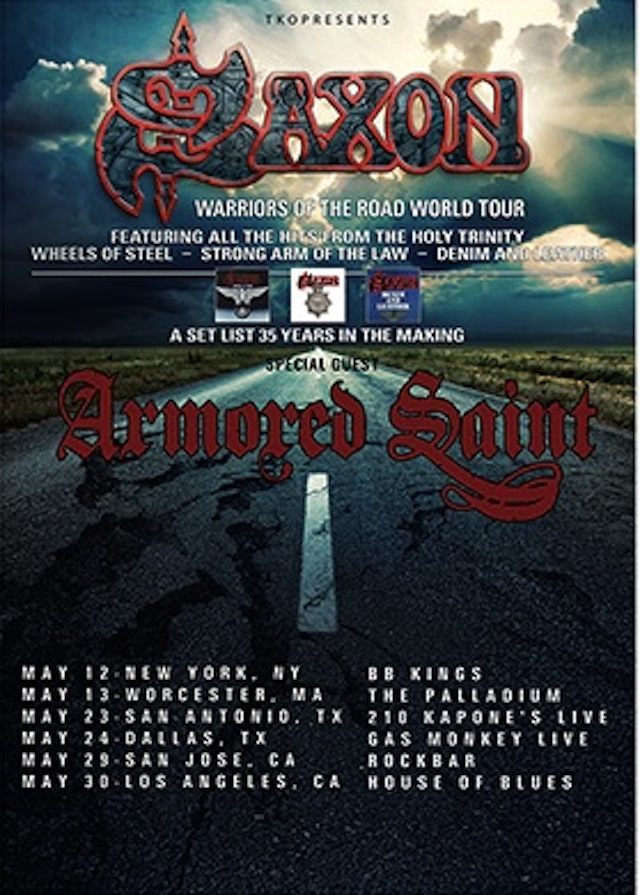