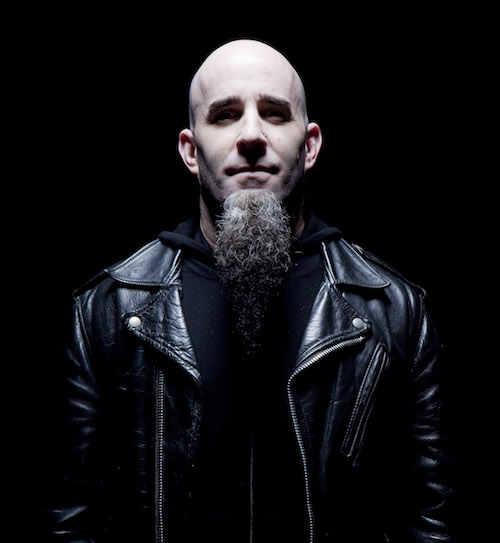 Greg Prato of the Long Island Pulse spoke with Anthrax guitarist Scott Ian about his forthcoming book, Access All Areas: Stories from a Hard Rock Life, out December 12th. Highlights from the interview appear below.

LI Pulse: How is Access All Areas different from I’m the Man?

Scott Ian: I’m the Man is an autobiography…This one fills in the blanks. It’s 23 stories from my life. Some of them from when I was a kid and most of them from my years in the band, touring, experiences I’ve had, crazy places I’ve been and situations I’ve been a part of, most of which I call my “Who the hell let me in here?” moments.

LI Pulse: Something that you touch upon in the book is while KISS is now a widely-admired rock band, back in the late 70s/early 80s, non-fans of the band would often voice their disapproval of those who wore Kiss shirts in public.

Scott Ian: Like any other kind of time in music, it’s generational. And KISS really tapped the vein of a younger crowd. When you had a bunch of 13 year olds, 14 year olds, 15 year olds who all of a sudden are wearing Kiss shirts and yelling Kiss lyrics and buying Kiss records, well, of course, that makes it completely uncool for the older teenagers who were listening to Led Zeppelin, Pink Floyd, Aerosmith and so on…If you look at it on paper, a four-year age difference, big deal. But 13 and 17, that means everything. [Laughs]

LI Pulse: It’s been a few years since you appeared on the reality TV show Supergroup. What are your thoughts on it now?

Scott Ian: I had a blast doing that. I really have nothing bad to say about it. I got to live…as a rock star, for a couple of weeks in Las Vegas and really just had no responsibility. We had limousines on call for us 24 hours a day…It’s an experience that is very much an anomaly in my life. And I just kind of went with it the best I could. I don’t think I betrayed myself and became somebody different on that TV show. I was very much myself. I’ve had a lot of people tell me, “You and Jason Bonham were like the voices of reason on that show.” And I’m like, “Well, I don’t know about all that, but I was just myself. That’s who I am.” I didn’t feel like I needed to put on a bigger personality to be on that TV show.

EDDIE TRUNK DISCUSSES SOME OF HIS FAVORITE LIVE SHOWS, BANDS HE THOUGHT WERE UNDERRATED IN THE ’80S, AND WHAT NEW BANDS THAT HE LIKES ›