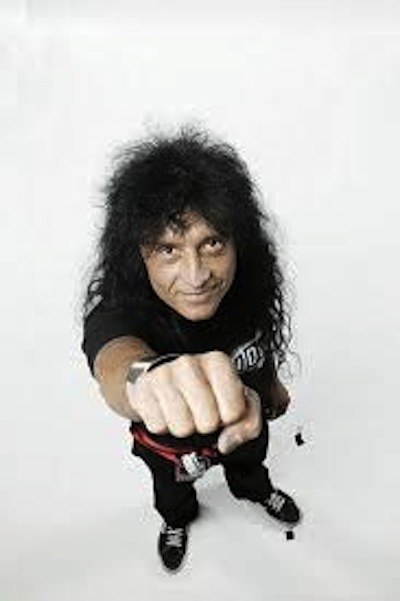 Anthrax frontman Joey Belladonna has discussed his recent comments about being “only allowed so much friendship” with his bandmates.

He insists he didn’t mean to suggest there were problems within the ranks, but admits he’d still prefer to have a closer relationship with the rest of the band.

Back in February Belladonnna said: “I don’t think I’ve ever really found my place with this band. They were open to me, but they weren’t doing anything to make me feel it was going to be the best thing in the world. It was more businesslike.”

Now he tells Rocksverige: “I don’t necessarily say that we’re not getting along. When I grew up playing with people in my hometown, we’d hang together. We just don’t. But that doesn’t mean we’re not [d]oing what we need to do – my intentions were not to make things [out] like we’re just a mess.”

He’s sure the situation isn’t an intentional one, but says: “I’m always picking at people and trying to get them to open up and maybe talk. A lot of people don’t want to do it, and that’s fine, but I’m not that kind of guy. Sometimes you don’t know what you’re dealing with until you talk to people. Maybe you can get something off your chest and maybe something can actually be resolved by it.”

Belladonna admits guitarist Scott Ian spoke to him about his previous comments. “Scott asked me, ‘We’re trying to keep things positive, right?’ Scott was on his promotional tour and doing his spoken-word – so what a great time to answer questions!”

Meanwhile, the vocalist continues work on material for the follow-up to Anthrax’s comeback album Worship Music. “We have a lot of stuff,” he says. “There could be around 15 or 16 songs at this point. I have three just finished. It’s going to be really intense and I don’t think we’ll let you down.”

4/7: RECAP OF ACE FREHLEY VISIT TO MY RADIO SHOW TONIGHT ›