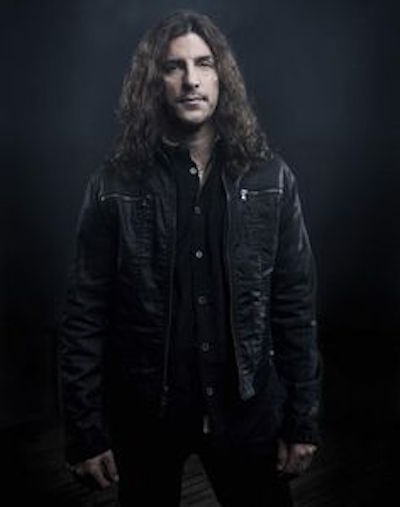 Greg Prato of the Long Island Pulse spoke with Anthrax bassist Frank Bello. Portions of the interview appear below.

Pulse: For All Kings came out over a year ago. What are your thoughts on the album now?

Frank Bello: It’s like looking at something that’s a labor of love. It’s something that I’m very, very proud of. Quite honestly, I guess as you get older in a band and time passes by, you’re really grateful for a band like Anthrax. We came up in the 80s from a scene that nobody knew about called thrash. To be here in 2017 and not only be relevant, but what a lot of people are calling one of the best records of 2016 is a really special thing for me… It’s very satisfying, and at the same time, makes you very hungry for whatever is next. We’re doing this great tour—headlining finally, thank God. We’ve been opening for everybody forever, and I’m one of the fans that say the same thing: “I love opening for people, but it’s time for headlining now. It’s time to really stand on our own and do our thing, and show people what we got.” We couldn’t be more excited right now.

Pulse: Are you the only Anthrax member who is still a New York resident?

Frank Bello: [Laughs] Actually, Joey [Belladonna] is from Upstate New York—he lives in Syracuse. But I live in Westchester. So, we are still New Yorkers. Scott [Ian] lives in LA, Charlie [Benante] lives in Chicago, Jon [Donais] lives in Rhode Island. I think you never really lose that New York vibe. To say the least, in your heart, you’ll always be a New Yorker.

Pulse: It seems like, especially early on, Anthrax became synonymous with New York.

Frank Bello: The one thing about Anthrax that I’ve always been proud of, and just as a person, I am who I am. I can’t pretend to be somebody else. That’s not the way I was built, that’s not the way my family brought me up. I’m very proud of just being me. There’s no pretense—who gives a shit about pretense? There’s enough of that going on in the world. I just want to be real. And that’s where our music comes from a real place.