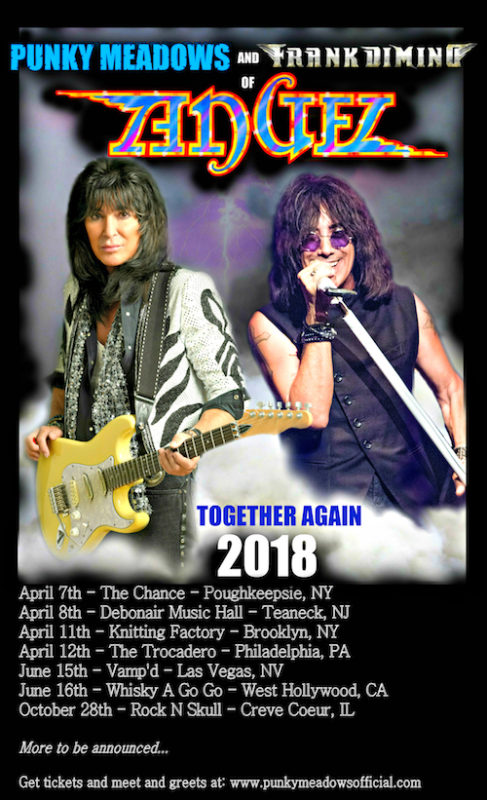 Punky Meadows and Frank Dimino from the legendary 70’s rock band Angel will be performing shows together for the first time in over 35 years.

They will be playing a full Angel set including classics such as The Tower, Can You Feel It, Don’t Leave Me Lonely, The Fortune, and many more fan favorites as well as select solo material. It begins April 7th in North America and will hit Japan and the UK in the fall.

Punky and Frank are both, “Very excited to be playing together again and can’t wait to hit the stage and see all the fans.”

The band members include Danny Farrow – Rhythm Guitar, Charlie Calv – Keyboards, Steve Ojane – Bass Guitar, and Billy Orrico – Drums.This is a show you will not want to miss so catch it while you can.

More US dates as well as UK and Japan announcements coming soon.

Frank Dimino recently made a guest appearance on Punky’s new single Lost and Lonely as well as Punky making a guest appearance last year on Frank’s song Never Again. You can get both singles on Itunes or Amazon and check out the videos below.

Angel was known for their elaborate stage show and all-white costumes. They released six albums on Casablanca Records and sold over one million records worldwide.