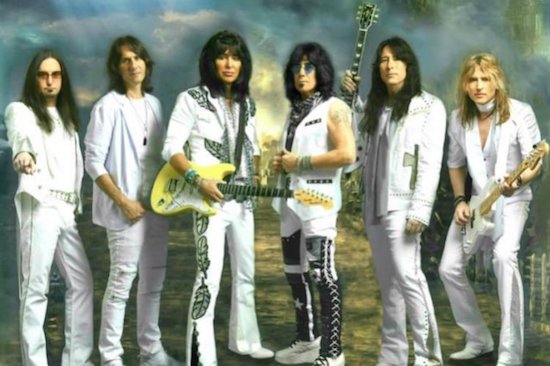 After a successful run of tour dates in December in support of its first new album in decades, Risen, seminal rock band Angel will now tour more extensively in the United States with the Spirit Of ’76 2020 tour. Beginning in April, the bill also features Starz, the American metal band that served as a major inspiration for such global luminaries as Bon Jovi Mötley Crüe and Twisted Sister, Angel will also be part of the Rock Legends Cruise in February alongside such heavyweights as Roger Daltrey, Sebastian Bach, Robby Kriegerand more. In early April, Angel returns to Japan for a series of shows.

Angel is an American rock band from Washington, D.C. Discovered by Gene Simmons of KISS and then signed to Casablanca Records, Angel came to be known for its elaborate stage show and all-white costumes. For Casablanca, Angel released six albums and toured non-stop playing American arenas with such global superstars as Aerosmith, Rush, Journey, Styx, Ted Nugent and more. They even headlined two nights at Japan’s legendary Budokan. Angel appeared on the television shows American Bandstand, Don Kirshner’s Rock Concert, The Midnight Special and in the film Foxes.

Fast-forward to 2019 and Angel reunited to release a brand new album, Risen. Issued on October 4th via Cleopatra Records, Risen has received rave reviews from the press, with Classic Rock declaring the album to be “packed with heavenly hooks and harmonies.”