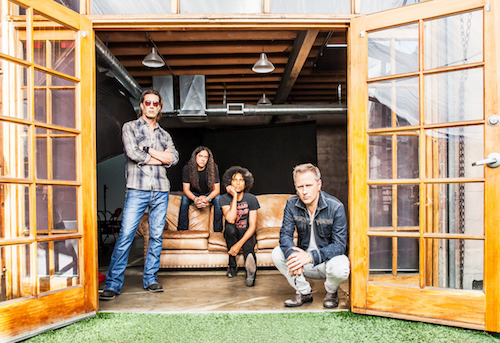 For the past eight years, Alice In Chains vocalist/guitarist Jerry Cantrell and bassist Mike Inez have hosted the Alice In Chains & Friends Fantasy Football League & Auction, donating a spectacular collection of signed musical instruments, memorabilia and experiences for an online auction to benefit organizations like Music For Relief and MusiCares. In recent years, they’ve donated proceeds from the auction to provide protective gear and training for workers assisting with the Ebola Prevention Initiative and contributed funds to MusiCares’ health and human services programs.

Each year’s charity initiatives are determined by the League’s reigning champion. This year’s champion is Jerry Cantrell and he’s announced that proceeds from this year’s auction will be split between a donation to MusiCares in Chris Cornell’s name and a donation to Music For Relief in Chester Bennington’s name. The auction will run from August 14th through August 24th – for info, please visit ebay.com/aliceinchains.