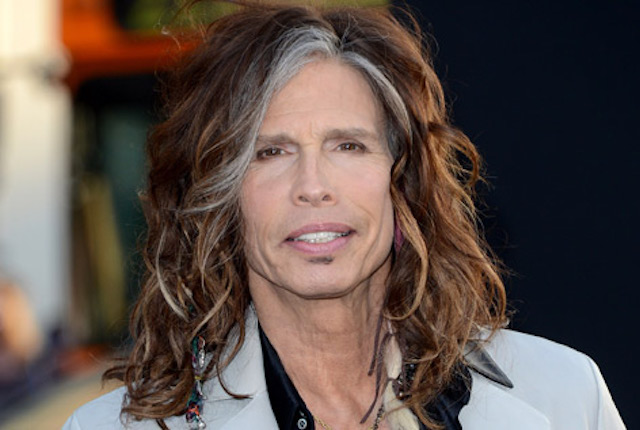 Guitarist Joe Perry reported last week that he thinks the band have at least one more album in them before they retire – and hinted that the upcoming live dates weren’t the last they would play together.

Now Tyler has told People.com that he “can’t say for sure” if the end is in sight.

He explains, “We’ve gone through trying to get a job in a club that we thought was the only way we could pay our rent – to being in the Rock And Roll Hall Of Fame, and everything in between – rehabs, arguments, children being born, marriages coming and going, ups and downs, different managers, lawsuits and record labels.

We’ve done so much – one thing we’ve never done is a farewell tour, so you never know – it may wipe the slate clean of some of the problems, things that happen with each other.”

Tyler also admits he still gets emotional when Aerosmith are onstage and playing their classic tracks in front of their fans.

He says, “At rehearsal the other day, I haven’t seen the guys in a long time, and we have our differences. It’s outrageous the s–t that sometimes gets in the way.

But once we start playing, I get as emotional as people in the audience when they hear songs like Love In An Elevator or Don’t Wanna Miss A Thing or Walk This Way. It triggers their remembrances of way back when.

“So I’m really looking forward to being on tour with them. Performing for two hours, my body wakes up, so it’s totally aerobic and it just turns into the way it was when I was 18, so it feels great.”