AEROSMITH CELEBRATE THE 40TH ANNIVERSARY OF “TOYS IN THE ATTIC,” ANNOUNCE DATES FOR THEIR “BLUE ARMY TOUR”

With Aerosmith set for another massive summer tour, the iconic and pioneering band has one more reason to celebrate in 2015: the 40th anniversary of the release of their landmark album Toys In The Attic. Released April 8, 1975 , the album was Aerosmith’s third release, becoming an eight-time platinum album and yielding such immortal tracks as Walk This Way and Sweet Emotion.

Other recorded covers from Toys In The Attic include R.E.M.’s 1986 version of Toys in the Attic, a B-side to “Fall on Me”; the track also appears on the band’s Dead Letter Office, as well as the 1993 reissue of Life’s Rich Pageant; The String Cheese Incident’s take on Walk This Way appears on the jam/bluegrass band’s 1997 self-titled live album A String Cheese Incident; and Boston ska band The Mighty Mighty Bosstones included Sweet Emotion on their EP Where’d You Go? Other cover versions include Leo Kottke and Mike Gordon, The Answer, Warrant and Ratt on Sweet Emotion; Velvet Revolver on No More No More; and Sum 41 along with rappers Ja Rule and Nelly on Walk This Way.

Up next for Aerosmith, beginning June 13th, the band will return to the road with their Blue Army Tour 2015. It will take the band’s all original members–Steven Tyler, Joe Perry, Joey Kramer, Tom Hamilton, and Brad Whitford–to 15 cities before concluding in Grand Rapids, MI on Tuesday, August 4th. Immediately following the tour, Aerosmith will perform on Friday, August 7th at Tom Benson Hall of Fame Stadium in Canton, Ohio for the Pro Football Hall of Fame’s first-ever Concert for Legends. The concert–part of the 2015 Pro Football Hall of Fame Enshrinement Festival–will pay tribute to the legends of the game on the eve of the Enshrinement for the Class of 2015. 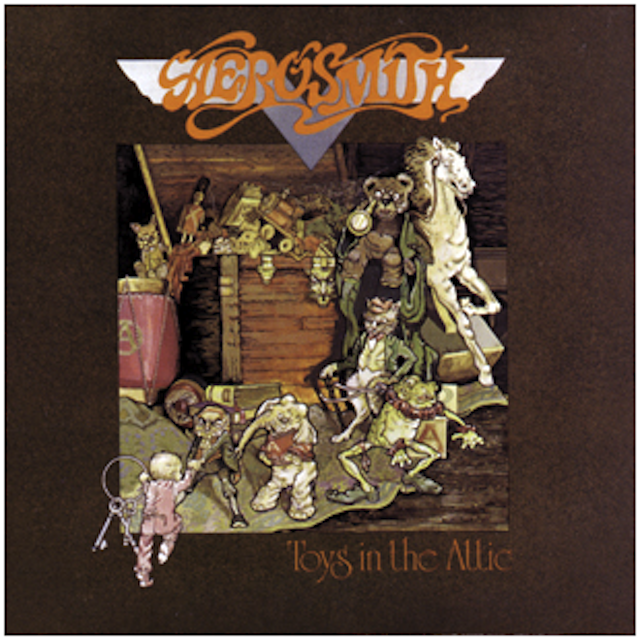