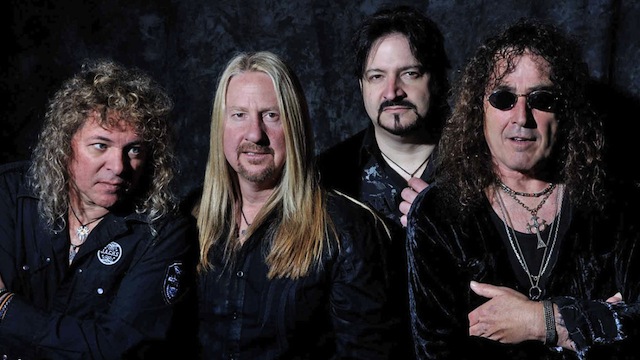 Y&T have launched a Kickstarter campaign to fund the making of a career-spanning documentary.

Frontman Dave Meniketti hopes fans will step up so the band can tell their own story their own way.

The movie is to be built out of the hundreds of hours of personal footage shot over the years. It’s set to cover their earliest days of rehearsing in Leonard Haze’s grandmother’s house, then move through the first two albums, touring with Journey, Boston and Queen, to their big breaks with AC/DC, Ozzy Osbourne and Dio.

It’s also designed to be a tribute to bassist Phil Kennemore, who died in 2011.

Meniketti says, “In the past we’d ask a record company or a big corporation for funding – and in exchange, sign away our rights and artistic control. But we can do it differently, and tell the story the way it should be told, uncut, with all the nitty-gritty, the stories you want to hear, in a film you want to see.”

The crowdfunded edition of the DVD will feature bonus material that won’t appear in the standard version. Y&T have raised nearly $9000 of a required $26,000 via the Kickstarter campaign, with 28 days to run. To donate, please click here.

The DVD is expected in July.