The Swedish Music Hall Of Fame is situated on Djurgården in Stockholm by the ABBA museum.

From the Hall Of Fame jury:

“The boy who would become known as Yngwie Malmsteen used to lock himself in his early-’70s bedroom in Hässelby with his electric guitar. His mother passed in trays of food now and again. The boy’s plan was not to come out again until he had mastered his instrument as well as Paganini, the Italian violin virtuoso who played so well it was rumoured that he had sold his soul to the devil. When Yngwie eventually emerged from his room, he brought with him albums such as Rising Force, which were to take the world by storm. Yngwie Malmsteen, with his dazzling technique and neo-classical metal style, has influenced electric guitarists on seven continents. Like a Paganini with smoke bombs and long hair, he has — in his own words — ‘unleashed the fucking fury’ and redefined Swedish music.”

The Swedish Music Hall of Fame is part of an active and dynamic cultural life, allowing both the Swedish population and international visitors to share the constantly evolving cultural heritage that our musical tradition provides. 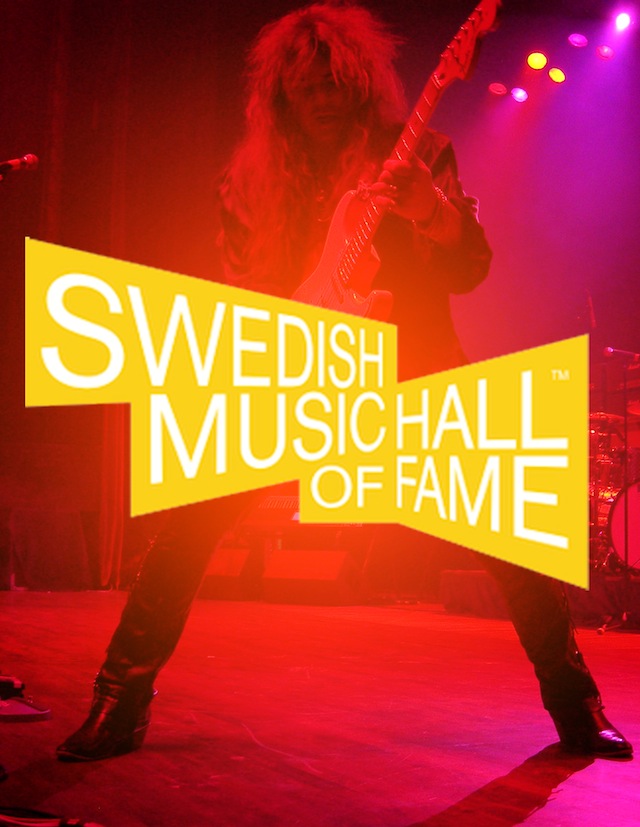 ‹ 2/13: CRAZY WEEK COMING AND TMS ABOUT TO START SHOOTING!