WOLFGANG VAN HALEN ON BEING CHOSEN ONE OF GUITAR WORLD’S “GUITARIST[S] OF THE YEAR,” “I’M NOT A GUITARIST OF THE YEAR. I’M JUST A DUDE. WHAT AN INSANE HONOR.” 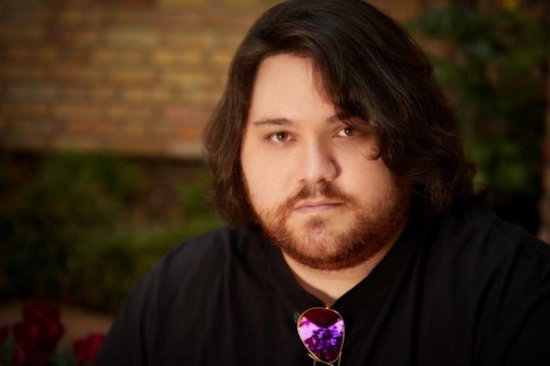 Guitar World: Congratulations on being chosen as one of the Guitarists of the Year. Is “unexpected” an accurate word to describe your reaction when you heard the news?

Wolfgang Van Halen: Are you kidding me? What an honor, seriously! Thank you. I’m not a guitarist of the year. I’m just a dude. What an insane honor.

Guitar World: Was it a little bit of a Field of Dreams moment? Beautiful yet bittersweet?

Wolfgang Van Halen: Absolutely. I know Dad [Eddie Van Halen] would be super-stoked. I don’t know how many times Dad was on the cover, maybe more than anyone else. I wouldn’t be surprised if that were actually true. So it’s a trip to be recognized by that same magazine – as myself.

Guitar World: Who is your choice as Guitarist of the Year? Is this a given, or no?

Wolfgang Van Halen: t’s a funny thing. When people ask me who my number ones are in any respective thing, I don’t even think about Dad or Al [Alex Van Halen] in guitar or drums because it’s such a given. They’re beyond rating numbers of who’s my favorite, because they’re a part of me. They would be the easy answer, and I think that would be doing a disservice to the many amazing people who are out there now writing incredible music.

He has such a wonderful melodic sensibility that is so different from people in his genre of the heavier, progressive, metal-y rock sort of thing. It really separates him from everyone else. I can’t speak enough of how wonderful a guitar player and songwriter he is.

Guitar World: Who were you when you began working on the first Mammoth [WVH] album and who are you now?

Wolfgang Van Halen: I’m a very different person. The person who made the album started working on it way back in 2015, and that Wolfie has been through a lot of sh-t to become the Wolfie I am today, especially in the last three years. The things I experienced have certainly changed the way I look at life and the way I operate, and I’m sure in many ways that I don’t even realize…”

Guitar World: What are your goals for the new album?

Wolfgang Van Halen: It sucks to know that Dad isn’t going to be popping in every now and then like he did the first time. So it’s going to be different, but the goal overall is the same, which is to make music I would like to hear and that I enjoy. That’s how I follow my writing process.

The main goal is to widen the breadth of what the output can be. I like to view it as this sort of cone, if you will, where the left side is the softer songs, the right side is the heavier songs, and everything in between is scaled properly…

Guitar World: You’ve navigated the peaks and valleys of being a public figure since you were a teen. With that comes the pressure of upholding the family name…First, how is your mental health in all of this? Second, do you have words for readers who are dealing with similar situations and may find comfort through your shared experiences?

Wolfgang Van Halen: I won’t lie. I don’t think my emotional and mental well being have been any lower. It’s a thing that is incredibly tough to fight. In the absence of Dad, and everything that has happened, it’s very difficult.

The lucky thing is I have a wonderful support system surrounding me. I have my mother, my uncle Patrick, my fiancée Andraia, so many wonderful people I can lean toward, because I certainly don’t have the emotional strength. There’s many times when I don’t have the strength to do anything, and more than not, that seems to be the case.

But you’ve got to find the things that give you life. For me, that’s music and being able to wake up every day and think about how I’m going to create this second album. It’s stressful, but it’s also very exciting, and it’s what I put all my thinking into.

When it comes to dickheads on the internet, that’s always there. Everyone deals with it. Sure, it hurts a lot when it’s directed toward you, but you’ve got to realize the place it’s coming from. I like to pick my battles. I like to find the right time to chirp and say something funny, but sometimes you do feel that need to be like, ‘F-ck off.’ And you can do that every now and then. But all in all, it says so much more about them than it does about you that they go out of their way. You can point them out, too, because you’ll see their profile and you can almost always predict what’s going to be filling their timeline.

When it comes to people who feel the same way I do, dealing with depression and anxiety, you never really are alone. Unfortunately, it’s like we’re all alone together, because so many of us feel this way…”

In addition to working on the second Mammoth album, on November 11th, the band released a digital deluxe edition of their critically acclaimed debut album, including bonus tracks from the Japanese version of the album, Talk & Walk, as well as two previously unreleased tracks: As Long As You’re Not You and Goodbye.

For more details about this release, and to hear Talk & Walk, please go here.