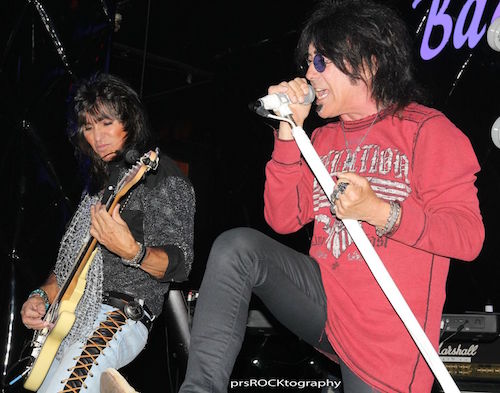 Punky Meadows and Frank DiMino of Angel came together for the first time in over 30 years to perform Tower at the Backstage Bar and Billiards in Las Vegas, on March 8th, 2017.

Just finished playing Backstage Bar and Billiards in Vegas and Frank Dimino came to the show jumped up on stage and we played the Tower,” says Punky. “It felt just like it did in Angel. The band kicked ass and Frank felt it and sang his ass off. We didn’t miss a beat and the fans went crazy!! We blew the roof off the house. It was really awesome to jam with Frank again!!” Watch below.